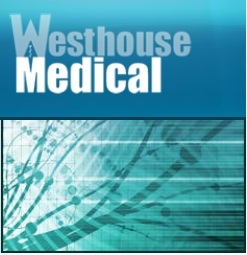 The company's founder and current Chairman, Jack Kaye stands down as Chairman to become Deputy Chairman with Executive responsibilities.

Lord Beaverbrook, a British peer, baronet, politician and businessman, was born in 1951. He is the grandson of the 1st Baron Beaverbrook (Minister of Aircraft Production 1940-1942) and the only son of Group Captain Sir Max Aitken DSO DFC.
After completing his education at Pembroke College, Cambridge, Lord Beaverbrook worked at Express Newspapers from 1972-1978, rising to General Manager of Sunday Express. From 1978 he served as Director of the Aitken/Beaverbrook Family Office, overseeing a diversified investment fund specialising in real estate, as well as in oil and gas, and insurance. During the same time frame, he also founded VenTech Investments Inc. (Canada) where he served as Executive Chairman. Under Lord Beaverbrook's direction VenTech Group became the largest home healthcare operator in the US.

After becoming a member of the House of Lords in 1985, Lord Beaverbrook was appointed Government Whip and Junior Minister at the Department of Trade & Industry in 1986. He was appointed Treasurer of the Conservative Party by Margaret Thatcher in 1990, succeeding Lord McAlpine, following a 2 year period served as Deputy Treasurer. He stepped down after the successful 1992 election campaign.
In 1993, Lord Beaverbrook's interest in the telecom industry led to the formation of Highway One AG, a broadband, multimedia, data transport company, of which he was Chairman until 1999. The company was sold to Telefonica of Spain, in 2001.
From 2000-2007 he was Chairman of Net Integration Technologies Inc of Toronto, now part of IBM. He remains the Chairman of the Beaverbrook/Aitken Family Office, which retains active investments in the UK, Europe and the US.

Lord Beaverbrook was a Director of the British Racing Drivers Club (owners of Silverstone) from 2006-2008, and has been a Director of the British Powerboat Racing Club since 2000. He is active in various charities and is currently a Vice President of the National Association of Boys Club, and the Chairman of the Beaverbrook Foundation, of which he has been a Trustee since 1974. He was a Member of Council, Homeopathic Trust 1987 - 1992.

Lord Beaverbrook is also active in the Royal Auxiliary Air Force (RAF Reserves), where he is Honorary Inspector General in the rank of Air Vice-Marshal.

Westhouse is currently developing a number of medical devices, including BreastCheck - a new low-cost, non-invasive breast cancer screening product which can act as a precursor to mammogram scanning. BreastCheck is due for launch in 2013.