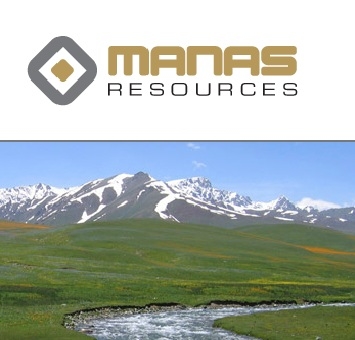 ASX:MSR) is pleased to announce the appointments of Robert Scott and Mark Connelly as directors of the Company. Messrs Scott and Connelly, experienced mining industry professionals, join the Board as independent non-executive directors and Mr Scott will also chair the Board.

Robert Scott, a chartered accountant by profession, worked as a partner with international accounting firms until the mid-1990s' and has since then been involved with a number of public companies listed on ASX as a director and corporate advisor. He has wide ranging experience in the mining sector and currently serves on the Boards of ASX-listed Sandfire Resources NL and CGA Mining Limited, copper and gold producers respectively with market capitalisations in excess of one billion dollars. Robert maintains an active interest in Western Australian community organisations.

The strengthening of the Manas Resources Board with the appointment of these senior and well-credentialed mining industry professionals comes at a time when the Company is progressing from gold explorer to developer with a target of gold production in 2014.