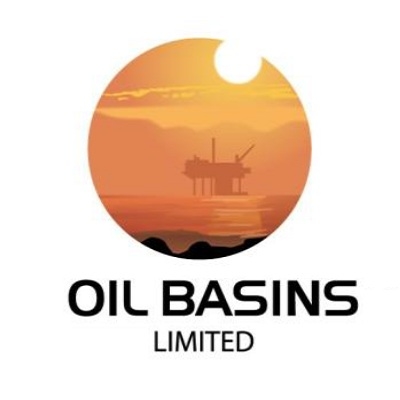 ASX:OBL) is pleased to present its December 2012 Quarterly Report.

Highlights During the December quarter:

The Company advanced a number of projects in its portfolio including:

- On 14 November 2012 the Company executed a non-binding non-exclusive Letter of Intent with Fortescue Metals Group Limited - subsequently terminated by FMG on 14 January 2013 and subsequently replaced with a different transaction with Octanex N.L. (announced to the ASX on 24 January 2013).

East Blina-1 well in the Backreef Area (OBL 80% beneficial interest):
- OBL successfully obtained all stakeholder approvals and the well was spudded on 15 October 2012

- The well was plugged and abandoned on 31 October 2012 without encountering commercial hydrocarbons.

- The site was partly rehabilitated and made safe on 7 November 2012.

- New assessment resulted in a 105% increase of the Contingent (2C) P50 resource in the Cyrano and Nasutus oil fields within Barrow Group reservoirs to 1.09 MMbbls.

- The Contingent plus Probable (2C plus 2P) P50 resource in the Barrow reservoir for Cyrano, Nasutus and new Elimia Oil Prospect is now assessed as 2.02 MMstb.

- Additional significant contingent resources remain in the overlying Mardie Greensand reservoir (which was flow tested in nearby Nasutus-1, R5).

- The Company advises that all submissions from stakeholders have now been received by the National Native Title Tribunal ("NNTT") and the Company expects a formal determination by the NNTT allowing the award of the permit (which is believed to be imminent).

- The Company also advises that on 21 December 2012 it formally advised its joint applicant Backreef Oil Pty Limited ("Backreef") that in OBL's opinion Backreef was in breach of its commercial undertakings with OBL in its proposed sale of its 50% application interest and all other rights in the Derby Block to a third party, and consequently the Company intends to fully pursue its rights in this regard.

- During the December quarter, no significant costs were incurred in either Vic/P41 (OBL 12.5%) or Vic/P66 (OBL 17%).? The operator Bass Strait Oil Company Ltd (ASX code BAS) reports that early preliminary work is being prepared for the Stanton 3D seismic in Vic/P41.

- OBL acquired an initial 19.9% interest in Bass Strait Oil Company Ltd (ASX code BAS) in late July, which was subsequently diluted to circa 17.4% by two BAS capital raisings in August and September.

- During the quarter OBL challenged the efficacy and legality of the two BAS capital raisings in the Federal Court of Australia but although OBL won the contested points, the judgment used the Court's discretion and ruled to retain the BAS placement and BAS rights issue.

- OBL was awarded costs and has taken steps to recover these costs during the quarter.

View the complete Oil Basins quarterly report at the link below:
http://media.abnnewswire.net/media/en/docs/ASX-OBL-385222.pdf