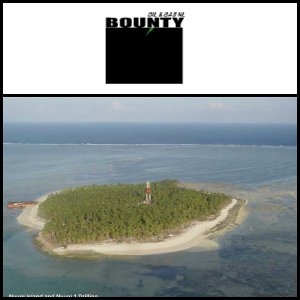 ASX:BUY) is pleased to announce that Utopia 14 development well at Utopia Oil Field SW Queensland has encountered very good oil shows in sandstones at the target Murta zone in the 12 metre interval from 1006 metres MDRT to 1018 metres MDRT.

The well reached TD at about 0600 today 13 February 2013 and was conducting a wiper trip in preparation to run electric logs.

Bounty is participating at its 40% interest in the well and in the next well - Utopia 12.

"Bounty is very excited that U14 has proved oil near the top of the Utopia East closure 3 kilometres ESE of the main Utopia pool as this opens up a significant part of the 200 square kilometre Utopia lease for additional oil resources at the Murta zone above the oil water contact. Bounty will issue a more detailed release at completion of logging"