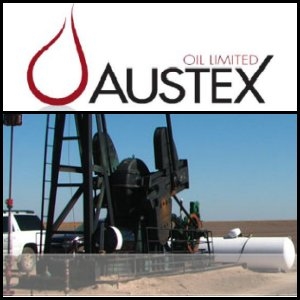 ASX:AOK) (OTCQX:ATXDY) advises that a review of its Oil and Gas Reserves on the Company's leases in Oklahoma and Kansas has now been updated by Integrated Petroleum Technologies Inc., based in Denver Colorado.

The Reserve Report has been completed in compliance with the Canadian Oil and Gas Handbook and Canadian National Instrument 51-101. The table below highlights a summary of Net Oil and Gas Reserves as at 1 March 2013:
Executive Chairman Richard Adrey commented: "Our focus on the successful development drilling program at our Snake River Mississippi Lime Project has been the key driver to increasing oil and gas production, and concurrently, this project is the major contributor to the increases in 1P and 2P Reserves.

Production east of the Nemaha Uplift is now recognised by the industry as a liquids rich part of the Mississippi Lime Play in Oklahoma. Our vertical well program is consistently delivering 75% oil content from hydrocarbons being produced at very attractive Finding & Development costs. We continue to develop the Snake River Project at a rate of 6 vertical wells per quarter, and discussions are continuing with various parties to expedite the development and acquisition of further nearby acreage".