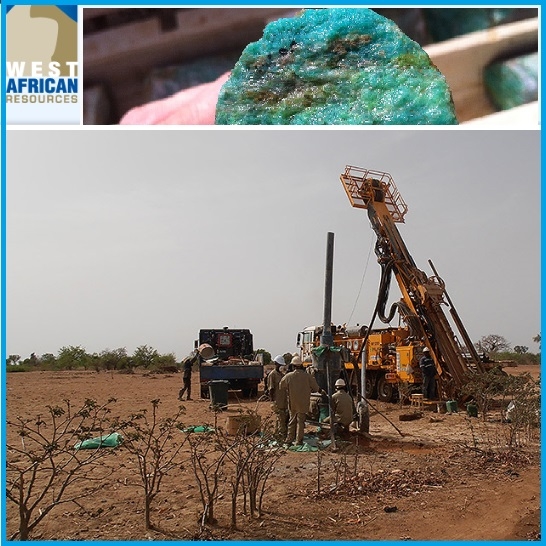 CVE:WAF) is pleased to announce it has executed final documentation with the Metals & Energy Capital Division of Macquarie Bank Limited (Macquarie) for a two-year US$5 million convertible loan facility (Facility).

The executed documentation follows West African's announcement on 29th October 2014, that it had signed a committed term sheet for the US$5 million facility subject to Macquarie finalising its due diligence and documentation process. Drawdown will take place in the coming days.

The US$5 million facility will provide all necessary funding to complete the Feasibility Study for the Company's Mankarga 5 Heap Leach Gold Project in Burkina Faso. A scoping study, released in July this year, demonstrated Mankarga 5 to be a low capital cost, high margin, heap leach starter project.

West African Managing Director Richard Hyde said: "Securing the US$5 million facility is another step towards our goal of becoming a +50,000oz per annum gold producer by the end of 2015 via a low-cost heap leach starter project.

"There will be a lot news flow from the beginning of 2015, starting with an upgraded Mineral Resource Estimate and Independent Feasibility Study.

"We value Macquarie's belief in our project and management team and look forward to working with them closely as we bring Mankarga 5 into production."

The key terms of the Convertible Loan Agreement are as follows:

- Committed loan facility for up to US$5 million, to be drawn down as a single loan.

- Cash interest is payable on the facility.

- Bullet repayment on the earlier of 30 September 2016 and the date on which WAF receives proceeds from a project financing or capital raising.

- Drawdown of the Facility is subject to a number of conditions, including the issue of 40,545,224 unlisted options (Options), exercisable at A$0.14 on or before 30 September 2017 to Macquarie. Any funds received by WAF through the conversion of the Options will be applied against the outstanding Facility amount, reducing the outstanding debt owed to Macquarie.

- The Facility is secured against all assets of WAF and its wholly-owned subsidiary, Channel Resources Limited.

The Convertible Loan Agreement contains other customary features, including customary representations and warranties, undertakings and events of default for facilities of this nature.

West African will be releasing an upgraded Mineral Resource Estimate and Independent Feasibility Study early in 2015. The Company anticipates completion of project finance arrangements for the construction and development of Mankarga 5 in the first quarter of 2015, which is a little over 12 months since completing acquisition of the project. 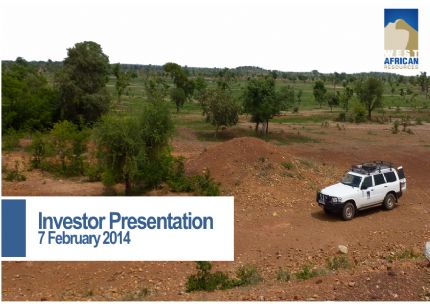