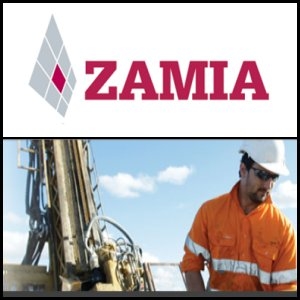 - Zamia completed compilation and assessment of 2014 drilling results from the Belyando Gold Project.

- New gold results from soil samples on EPM 17703 highlight the significance of the 'Big Red' prospect.

The Belyando Gold Project is located 75 km north of Clermont, central Queensland, within Zamia's EPM 15145 'Mazeppa Extended'. The project includes the historic open cut Belyando Gold Mine, which produced 85,846 oz of gold from a combined carbon-in-pulp and heap-leaching operation between 1989 and 1995 (Mustard, 1998).

Details of the drilling program were presented in Zamia's Activities Report covering the fourth quarter of 2014 (ASX ZGM 30 January 2015).

Assay results returned in early 2015 were compiled and assessed by Zamia's technical staff and Directors, and full results of the drilling program were made public in the second half of February (ASX ZGM 24 February 2015). Drilling results demonstrate the continuation of gold mineralisation down-dip of the ore body mined by Ross Mining during 1989-1993. The intersected mineralisation, which is of economically significant grade and thickness, confirms gold intercepts that were previously reported from diamond drill holes completed in 1986-1987 by Menzies Gold NL, and is below the current level of mining. Elevated gold assays from a Zamia percussion drill hole collared 300m south-east of the pit highlight the potential for further mineralisation along strike of the known deposit Following assessment of the 2014 program, Zamia is engaged in follow-up field and desktop work aimed at planning a second stage of drilling at the Belyando Gold Project.

The Big Red Gold Prospect was discovered by BMA Gold Ltd in 2005, and is interpreted to contain epithermal-style gold mineralisation associated with a northeast-striking tectonic structure. Percussion drill testing undertaken in 2005 returned a best intersection of lm at 1.78 grams per tonne gold from 126m down-hole depth (ELP, 2008).

Zamia's technical team, together with external consultants, have been assessing in detail the Company's most prospective projects, especially the Belyando Gold Project and the Big Red Gold Project. Meetings have also been held with existing shareholders, potential new investors and corporate advisors on fundraising to support second stage of drilling at Belyando and other follow-up exploration including drilling at Big Red and a number of other gold targets.

To view the report with tables and figures, please visit:
http://media.abnnewswire.net/media/en/docs/ASX-ZGM-854979.pdf

Zamia Metals Limited (ASX:ZGM) is an Australian mineral exploration company, targeting the Clermont district of central Queensland, a known gold and emerging porphyry mineral province. Numerous targets for gold, copper and molybdenum have been identified by geochemical and geophysical surveys. The Clermont district is highly prospective for gold, copper and other metals including molybdenum. The Belyando Gold Project is Zamia's flagship project – potentially a porphyry-style gold deposit including historic Belyando Gold Mine 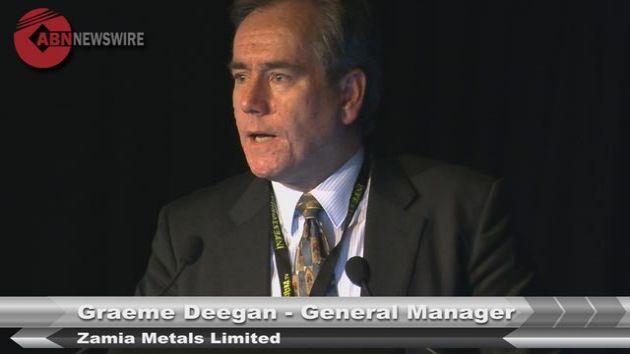