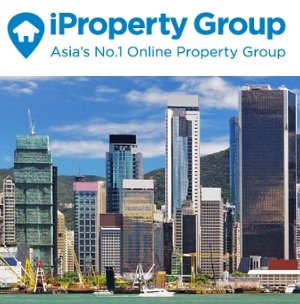 ASX:REA) are pleased to announce today that Realestate.com.au Pty Limited, a company wholly owned by REA Group Limited ("REA"), REA and IPP have entered into a Scheme Implementation Deed under which it is proposed that a newly incorporated wholly owned subsidiary of REA ("BidCo") will acquire all the IPP shares by way of a scheme of arrangement ("Scheme"). If the Scheme is implemented, IPP shareholders will be entitled to elect, on a per IPP share basis, either (a) $4.00 in cash ("Cash Consideration"), or (b) $1.20 in cash and 0.7 shares in an unlisted entity with a continuing indirect interest in IPP ("Mixed Alternative")

- Transaction to be effected via court approved scheme of arrangement ("Scheme").

- The IPP directors (other than the directors nominated by REA) have recommended the Scheme, subject to no Superior Proposal emerging and subject also to the independent expert giving an opinion that the Scheme is in the best interests of IPP shareholders (other than REA)

IPP today announces that it has entered into a Scheme Implementation Deed with REA and Realestate.com.au Pty Limited, a company wholly owned by REA, under which it is proposed that a newly incorporated wholly owned subsidiary of REA ("BidCo") will acquire all the IPP shares ("Proposal"). The Proposal is to be implemented by way of a Court approved scheme of arrangement ("Scheme").

If the Scheme is implemented, IPP shareholders will be entitled to elect to receive either:

- The Mixed Alternative comprising $1.20 cash and 0.7 shares in a newly incorporated unlisted Australian company, for each IPP share. If the Scheme is implemented, RollCo will hold a minority equity interest (of between 10.7% and 20%) in BidCo.

The Cash Consideration of $4.00 cash per IPP share represents a premium of:

The Scheme is conditional upon, among other things, sufficient valid elections being received for the Mixed Alternative such that the maximum cash consideration payable by REA is equal to or less than $500m. In practice, this will result in RollCo owning 10.7% or more of the ordinary shares in BidCo. RollCo's interest in BidCo is also subject to a 20% ownership cap limiting the ownership of existing IPP shareholders in BidCo. A proportionate scale back will apply if the 20% limit is exceeded.

The IPP directors, other than the directors nominated by REA, being Mr Patrick Grove, Mr Georg Chmiel, Mr Lucas Elliott, Mr John Armstrong ("Non-REA Directors"), recommend that, subject to no Superior Proposal emerging and subject to the independent expert giving an opinion that the Scheme is in the best interests of IPP shareholders (other than REA), IPP shareholders should vote in favour of the Scheme.

Given their relationship with REA, Mr Owen Wilson and Mr Arthur Charlaftis have been excluded from the board's consideration of the Scheme and give no recommendation.

"After careful consideration of all options available to maximise shareholder value, the Non-REA Directors have unanimously concluded that the Proposal is on terms which we believe reflect compelling value and are in the best interests of all shareholders."

"IPP and REA are highly complementary businesses and there is strong strategic rationale underpinning a combination. IPP was listed on the ASX in 2007 and since that time, we have grown to become Asia's leading network of property websites. REA has been a very supportive shareholder of IPP since 28 July 2014 and if the Scheme is implemented we look forward to seeing IPP's business go from strength to strength."

"This is a very exciting day for IPP shareholders. This agreement allows our shareholders to either accept a very attractive cash offer for their shares or continue to participate in iProperty through accepting the Mixed Alternative"

In addition, REA is subject to a standstill regime under which it has agreed, among other things and subject to certain exceptions, not to acquire any IPP shares (other than under the Scheme) until the earlier of 30 April 2016 and the time when:

- a third party publicly announces a takeover bid for any of the shares in IPP (this is a reference to a proposal that would attract the operation of s631 of the Corporations Act 2001 (Cth));

- a third party publicly announces an agreement has been entered into between the IPP (or one of its associates) and the third party which, if completed, would cause a person to acquire the whole or a substantial part of the IPP's business; or

IPP and REA have also agreed a customary break fee regime under which IPP or REA (as the case may be) will be liable to pay the other a break fee if certain events occur (those events are set out in clauses 9 and 10 of the attached Scheme Implementation Deed).

The conditions to the Proposal are contained in the Scheme Implementation Deed and include:

- minimum elections for Mixed Alternative such that the maximum cash consideration is equal to or less than $500m;

- no material adverse change; and

The Proposal is not conditional upon REA obtaining financing.

A copy of the Scheme Implementation Deed is attached to this Announcement.

The Non-REA Directors have commissioned an independent expert report with respect to whether the Scheme is in the best interests of IPP shareholders (other than REA).

The Mixed Alternative consideration will be effected through the issue of shares in a special purpose Australian company, RollCo. RollCo will hold a minority interest in BidCo (of not more than 20%), which will own the shares in IPP. RollCo and Realestate.com.au Pty Limited will enter into a shareholders' agreement as shareholders in BidCo.

The proposed BidCo / RollCo structure is outlined below:

- To the extent that IPP shareholders elect the Mixed Alternative, BidCo will issue shares to RollCo (diluting REA's 100% interest in BidCo) as consideration for RollCo issuing shares to the existing IPP shareholders in exchange for IPP shares . This will result in RollCo holding between 10.7% and 20% of the issued shares in BidCo.

- Board appointment rights for each shareholder;

- Reserved board and shareholder matters, requiring special board or shareholder approvals (such as RollCo approval);

- Deadlock resolution mechanisms in the event of disagreement on certain matters by the shareholders;

- Realestate.com.au Pty Limited's representation not to exercise any compulsory acquisition rights in respect of BidCo or RollCo;

- arrangement by REA of a $10m working capital facility for IPP.

Catcha Group Pte Ltd ("Catcha") holds 31,349,014 IPP shares, representing c.16.7% of IPP shares outstanding. Catcha has advised IPP that its intention is to vote in favour of the Proposal in the absence of a Superior Proposal and subject to the independent expert giving an opinion that the Proposal is in the best interests of IPP shareholders (other than REA).

An indicative timetable for the Scheme is set out below:

Headquartered in Kuala Lumpur, Malaysia, iProperty Group Ltd (ASX:IPP) is focused on developing and operating leading real estate portals and delivering the most comprehensive set of related real estate services and project marketing across the Region. The Group owns portals which are market leaders in Malaysia, Thailand, Indonesia and the Hong Kong Region and a leading portal in Singapore. The iProperty Group is continuously working to capitalise on its market-leading positions and the rapidly growing online property advertising market throughout the region. 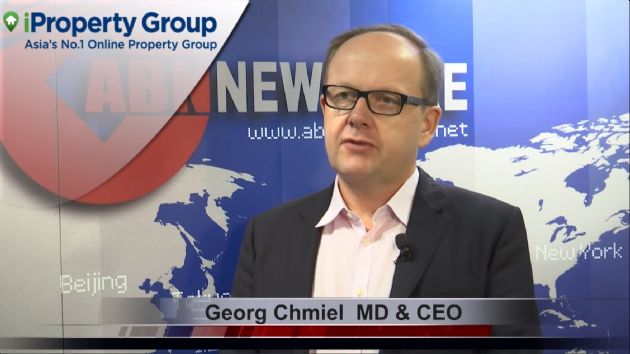