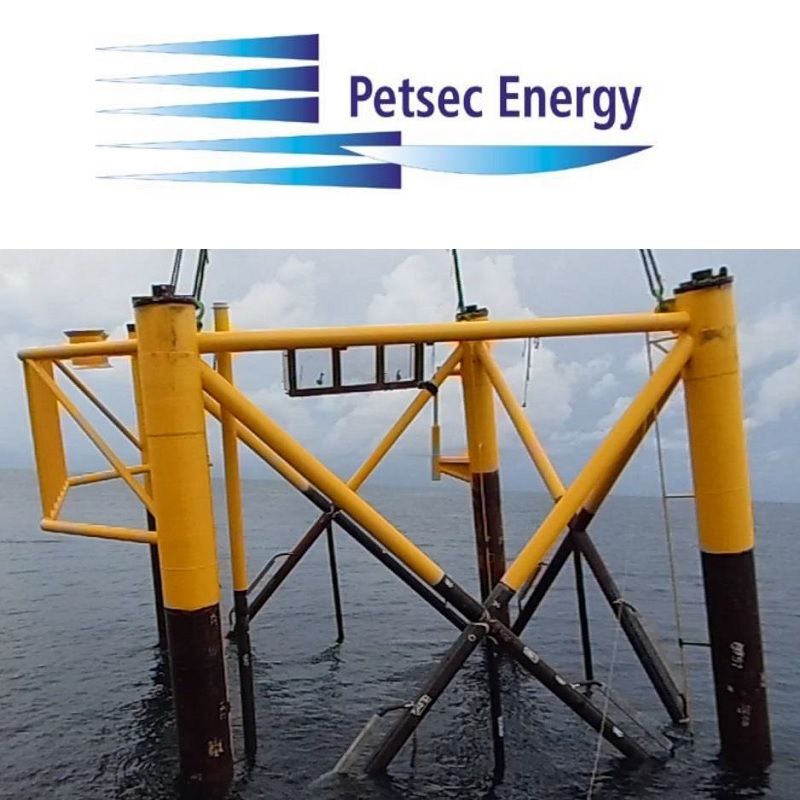 OTCMKTS:PSJEY) (the "Company") is pleased to announce the execution of a contract for the manufacture and delivery of oil tanker loading equipment to be installed at the An Nagyah Central Processing Facility (CPF) within the Company's Damis Block S-1 Production Licence in Yemen. The purchase of the oil loading hardware is a key component of preparations for the restart of production and delivery of crude via a trucking operation from the company's An Nagyah Oilfield in Yemen.

The Dual Sided Truck Loading Facility will be manufactured by leading U.S. engineering firm S&S Technical, Inc. and has an expected delivery schedule, to the Middle East, of approximately 3 months. The equipment includes a pumping and metering system with a loading capacity of 5,000 barrels of oil per day (bopd) and includes associated safety equipment. There is the potential to increase the loading rates should the Company determine this is required once trucking operations have commenced.

The Company continues to focus on delivering the remaining requirements necessary for the restart of production at An Nagyah, including a crude transport trucking contract, a pipeline access and storage agreement and a crude purchase and lifting agreement. Management expects successful negotiation of these agreements to be completed in the coming months.

Initial production at the time of restart of the An Nagyah Oilfield is expected to be of the order of 1,000 bopd ramping up to 5,000 bopd within the first month of production. Trucking operations are expected to deliver this crude to export terminals on Yemen's southern coastline on the Gulf of Aden.

The Damis (Block S-1) Production Licence holds five sizeable oil and gas discoveries - the developed and producing, until suspended in 2014, An Nagyah oil field, and a further four undeveloped oil and gas fields within the licence area - Osaylan, An Naeem, Wadi Bayhan and Hamel. Reserve auditors, DeGolyer and MacNaughton Canada Ltd, assessed as at 1st January 2016 total proved (1P) reserves to be 4.5 million barrels of oil net to the Company's economic interest and total proved plus probable (2P) reserves to be 5.6 million barrels of oil. This represents a NPV10 value to the Company in the order of US$155 million. The An Nagyah Oilfield is the only developed/producing oilfield of the five oil and gas field discoveries contained in the Damis (Block S-1) Production Licence.

The An Nagyah Oilfield commenced production in March 2004 and has produced 25 million barrels of oil to-date from 25 wells, reaching a peak oil rate of 12,716 bopd in March 2006. The field was producing at a limited rate of approximately 5,600 bopd when it was shut in at the end of February 2014. The production facilities have been maintained in readiness for the restart of production since shut in.

Petsec Energy Ltd (ASX:PSA) (OTCMKTS:PSJEY) is an independent oil and gas exploration and production company listed on the Australian Stock Exchange. It has operations in the shallow waters of the Gulf of Mexico and state waters of the Louisiana Gulf Coast region of the USA, and exploration activities in the Gulf Coast onshore and bay areas of Texas and Louisiana, USA and Yemen. 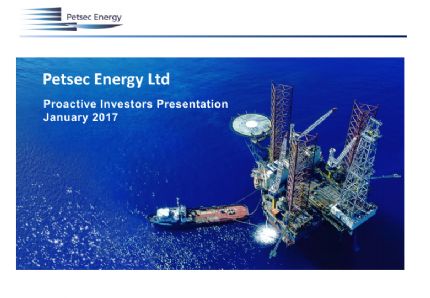 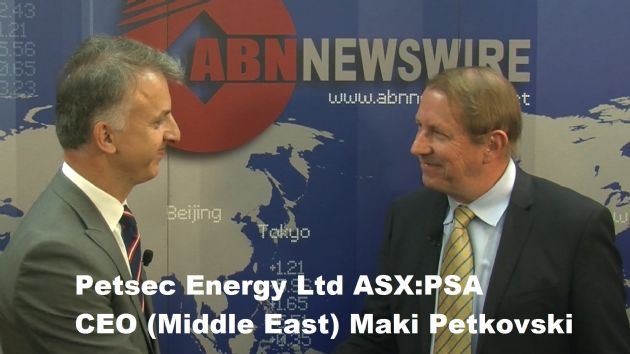 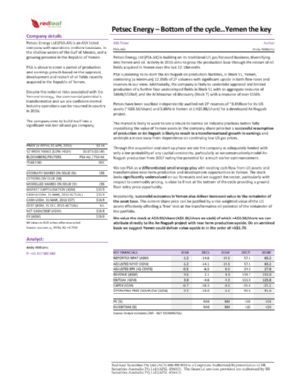