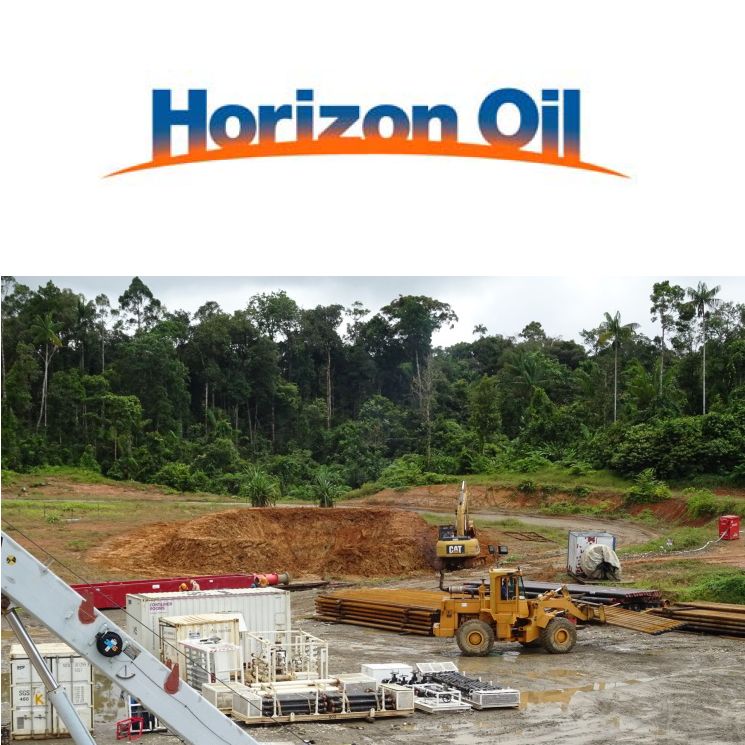 OTCMKTS:HZNFF) is pleased to advise that it has increased to about 28% its interest in the total certified resources contained in Papua New Guinea's Western Foreland fields of 2.0 - 2.5 tcf gas and 60 - 70 mmbbl of condensate. The Company and partner Repsol now operate all the licences and hold 70% of the total gas resource to be aggregated to underpin the proposed 1.5 million tonnes per annum (mtpa) Western LNG project, facilitating the planned multi-licence development in one of the world's premier locations for LNG developments.

- Interest in key fields involved in the proposed gas aggregation project - Elevala/Tingu and Ketu - increased to 30.15%

- 20% interest acquired in Puk Puk and Douglas fields, the only appraised fields in the Western Forelands in which Horizon Oil was not previously represented

- Interest in Ubuntu field reduced to 30% to provide portfolio balance

- Horizon Oil's upstream acreage and resource position for the Western LNG project is now complete, which will enhance the Company's capacity to advance the project

The Company advised in January 2017 that it had acquired a 50% interest in, and operatorship of, PRL 28 (Ubuntu field) adjacent to PRL 21 (see map below). Further to that transaction, the Company has:

- Acquired an additional 3.15% interest in PRL 21 (Elevala/Tingu and Ketu fields) as a result of Mitsubishi Corporation divesting its upstream assets in PNG; and

The cash cost is confidential but the Company's cash position will not be materially reduced as a result of the strategic acquisitions, taking into account the consideration for the acquisitions and the near term exploration and development costs arising from the expanded resource base.

The summary presentation (see the link below) accompanying this release shows how Horizon Oil's licence interests relate to the planned 1.5 mtpa LNG facility to be located near Daru Island on the coast. The foundation gas will come, in the main, from Elevala/Tingu and Ketu fields and so an additional 3% in this licence makes good sense.

Puk Puk and Douglas fields will be important contributors to the gas aggregation later in the project life, extending the production plateau significantly. We are pleased to be able to acquire a 20% interest in these fields in exchange for 20% of our interest in the Ubuntu licence, where we were overweight, in a trade agreement with Kumul Petroleum Holdings. As a result of this and other recent transactions, Kumul will hold interests in Stanley, Ubuntu, Puk Puk and Douglas fields and, as the national oil company, we expect they will bring considerable strategic value to the gas aggregation project.

We now consider that our PNG acreage portfolio, with the recent enhancements, is optimally balanced. Horizon Oil's 20 - 30% interests in the discovered fields will give us a meaningful interest in Western LNG - yet remain manageable from a funding perspective, taking into account the US $130 million milestone payment due on project FID and also the funds to be reimbursed by the PNG government should it elect to back-in to the project. The 80 - 100% interests in the exploration licences provide scope for Horizon Oil to farm out future exploration work, to reduce exposure to cost and exploration risk. The exploration acreage is located close to, and on trend with, existing discoveries and has considerable add-on potential to extend the life of Western LNG.

As a result of these transactions, the Company holds material working interests in all the appraised fields that will comprise the Western LNG gas aggregation project. Horizon Oil and Repsol between them operate all the licences involved and, in combination, will own about 70% of the total gas resources. This should greatly facilitate the planned multi-licence development."

Horizon Oil Limited (ASX:HZN) (OTCMKTS:HZNFF) is an ASX-listed petroleum exploration and production company, with a geographic focus on the Asia-Pacific region. The company currently produces over 4,000 barrels of oil per day net from its fields in New Zealand and China, which generated over US$80 million in net operating income after operating expense for the year ended 30 June 2015.  Further development candidates remain in and around these producing fields.

Horizon Oil maintains prudent policies of oil price hedging and loss of production insurance to ensure that sufficient cash flow is generated to meet the funding requirements of its growth program.

The company holds a large undeveloped reserves and contingent resource position in Western Province, onshore Papua New Guinea.  These are liquids-rich gas resources and reflect Horizon Oil’s strategy to focus on Asian gas for growth.  Gas constitute about 2/3 of the reserves and resource base.  Commercialisation pathways for the gas are emerging.

Although Horizon Oil anticipates continuing strong cash generation over the medium term from its existing producing fields, these developed reserves account for only 10% of total reserves and resource base.  The focus going forward will be on new field development, funded largely from existing production cash flow. 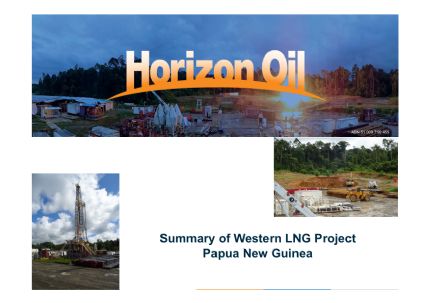