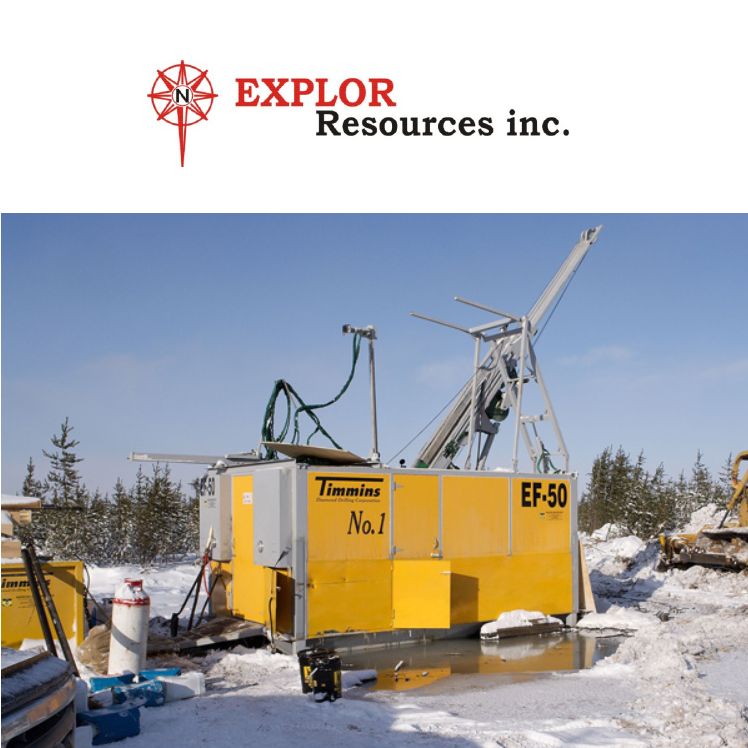 Deals Take Time...
Rouyn-Noranda, Oct 5, 2017 AEST (ABN Newswire) - If you've ever been in a hurricane, there is a pronounced lull, where the winds die down for a few seconds, and everything gets eerily quiet. That lasts for a minute or two, and then the full rage of the storm unleashes. Explor (

OTCMKTS:EXSFF), both in the market for the stock, and corporately, appears to be in such a lull. A 3,000-meter drilling program should have occurred by now at East Bay. All prerequisites have been attended to. Permits are in place. The budget is set aside. Excellent targets have been meticulously elected.

Secondly, repeatedly, I'm hearing rumours that one of the major gold producers is taking a very serious look at the Timmins Porcupine West gold deposit. I suspect that might include the Ogden property package as well. Given the TPW's proximity to many important producers, the rumour has some credibility. Tahoe, and Goldcorp, are, without any doubt, the two most credible, and most logical, suitors to those properties. Kirkland, Detour, or Osisko could also be looking. At this point, my sources are not certain who's behind a possible acquisition, or other arrangement.

Speaking to both potential deals, & others, I suspect, I'm reminded of the process leading up to the Teck Earn-In Agreement back in 2014. It took Teck a couple of months to evaluate the merits of the TPW. Regardless of the keen level of both parties to complete a deal, extensive negotiations had to take place to satisfy both parties. Then a legal document needed to be developed, clearly outlining the Agreement. Then it needed to be tweaked a number of times to fully satisfy the intent of both parties to the Agreement. The point is that although it appears nothing is happening, I know Dupont is working to bring these, and other, agreements to fruition which will, ultimately, benefit all shareholders. Dupont typically works 12 to 16 hours a day on Explor, so what else could he be doing? It should also be emphasized that he picked up another 58,000 shares personally last Friday.

A final observation about the current trading suggests that some Tax Loss selling is taking place. This is very typical in the final quarter of the tax year, and presents a terrific opportunity for new and existing shareholders to buy stock. Putting my money where my mouth is, that's exactly what I've been doing, regularly adding to an already substantial position.