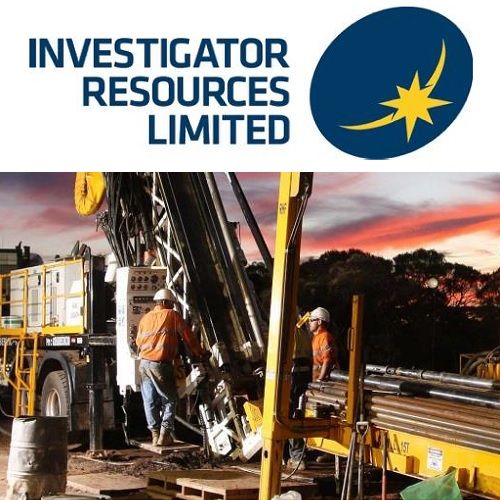 ASX:IVR) is pleased to provide an update on the Company's recent activities and plans for the Paris silver project and adjacent Nankivel copper-gold prospects on the northern Eyre Peninsula of South Australia (see Figure 1 in the link below). The advance of the Paris Silver Project remains the Company's main priority since the April 2017 release of the resource upgrade to Indicated and Inferred categories of 9.3Mt @ 139g/t silver containing 42Moz of silver (at a 50g/t silver cut-off).

-- Opportunity to add resources to Paris

Investigator Resources Managing Director John Anderson said "The opportunity to grow the Paris resource with more drilling is the best avenue to add value to the Paris silver project. This has arisen from an improved geological model and reassessment of the target potential around Paris.

Investigator considers Paris to be the best undeveloped silver deposit in Australia due to its high grade. It has potential to elevate Investigator to a producer while we seek partners to test our concepts for larger copper-gold targets such as Nankivel and Maslins."

As previously announced (Investigator ASX Release: 31 July 2017), discrete geochemical signatures for three sets of intrusive dykes at Paris were identified during geometallurgical studies. The mineralising dykes have distinct values recently recognised by researchers as globally indicative of ore forming systems. This new "dyke" model has improved our targeting for the Paris deposit and wider Paris-Nankivel mineral system (see Figure 2 in the link below).

The extensions to the Paris deposit were accordingly reviewed. This identified under-drilled northern extensions near a northerly dyke and undrilled IP anomalies on the eastern side near north-easterly dykes (see Figure 3 in the link below).

Drilling is proposed to follow-up on those targets as an opportunity to directly add to the Paris silver Mineral Resource. Fifty reverse circulation percussion ("RCP") holes, both inclined or vertical and totalling 5,000m, are allocated.

The first 25 holes will drill the Paris extensions and a further 25 holes are provided to follow up the initial Paris holes and test new targets at the satellite silver prospects arising from the IP surveying described in the link below.

The geometallurgical study is completed with domains selected and samples composited for the advanced metallurgical testing that has commenced.

The improved samples selection will maximise the metallurgical processing outcomes and options for the Paris project.

The Company has appointed CORE Resources, who conducted the initial metallurgical study (Investigator ASX Release: 21 October 2013), to undertake the pre-feasibility study metallurgical test-work. CORE will complete silver and lead flotation test-work, as well as lead gravity test-work and silver cyanide leach work to ascertain the optimum process flowsheet. They will complete high-level process engineering work to allow completion of PFS level design activities on the selected process flowsheet. This study is expected to take around twelve weeks with reporting in Q1 2018. Initial hydrological and open-pit optimisation studies are also underway and are near completion.

The pre-feasibility study is now extended to mid-2018 to accommodate firstly the additional work of the geometallurgical study to better classify the metallurgical samples and secondly the opportunity to drill test upgraded extensions to the Paris deposit.

Exploration of the other silver prospects around the Paris Silver Project, such as Alexander West and Argos (see Figure 2 in the link below) were initially targeted with silver soil geochemistry used to make the Paris discovery. Despite some strong soil anomalies, there was little additional success and this was attributed to variable cover and drainage dispersal. The new dyke model enables renewed focus along the dykes for more subtle geochemical and geophysical signatures through the cover, indicative of the primary sources to the initial soil anomalies and hence targets.

As an initial action, the soil geochemistry coverage was extended along dyke trends west of Alexander West with progressive sampling and assaying during April to September 2017. A total of 377 soil samples were submitted with a density of 100m x 100m for this program (previous 500m x 500m reconnaissance coverage). The analyses delineated weak silver and lead anomalies that may be subdued by the cover and need further geophysical support.

The revised dyke model also encouraged extended mapping of the Nankivel target area in subtle topographic rises to the south and west of the area that was surveyed with IP geophysics in 2016. The mapping located surface indications of new targets surrounding the initial Nankivel IP target, now renamed the Trojan porphyry target to discriminate multiple targets within the Nankivel Hill area.

Quartz veins of both straight and wavy styles were found over a large area at Nankivel South along with crackle breccias and polymict breccias within pyritic altered volcanic outcrops (Photographs A - D).

The veins and breccias add further ingredients to the strong evidence of mineral alteration and geochemical zoning for the Nankivel porphyry system including the advanced argillic alteration on Nankivel Hill and geochemical/mineralogical zoning in the adjacent drilling. As previously reported, these indicators and vectors are consistent with the Industry's porphyry target models.

A heritage survey is scheduled for October 2017 to establish access for the drill-ready Trojan IP target.

Extended IP surveying is also proposed for the Nankivel and Helen areas to complete coverage of the prospective intrusive complex for copper-gold targets (see Figure 4 in the link below).

A joint venture partner will be sought to explore the exciting breakthrough opportunity for Olympic Dam aged porphyry copper-gold systems. 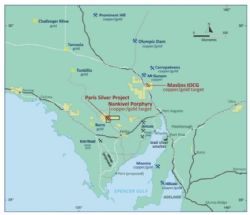 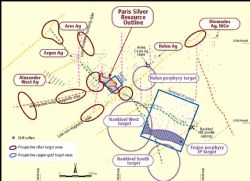 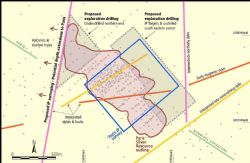 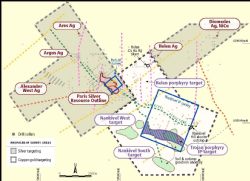 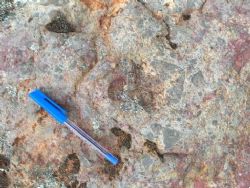 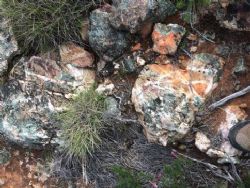 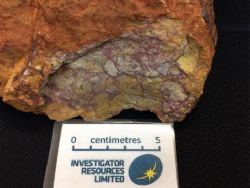 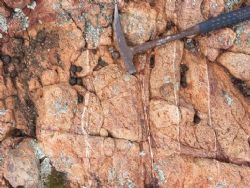