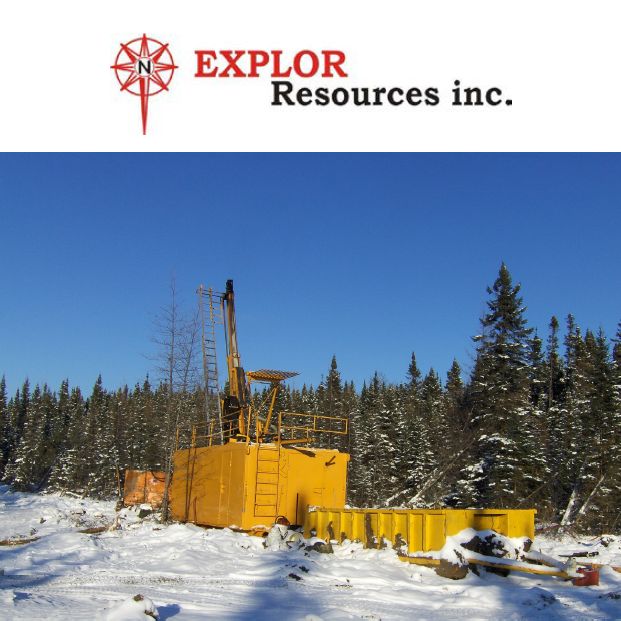 FRA:E1H1) ("Explor" or the "Corporation") announces the closing of a first tranche of a non-brokered private placement of a maximum of 3,571,500 units at a price of $0.07 each, for total gross proceeds of up to CDN $250,000 (the "Private Placement"). Each unit is composed of one common share and one-half common share purchase warrant. Each whole warrant can be exercised at a price of $0.12 for a period of 24 months. The first tranche of the Private Placement closed today consists in the sale of 2,857,143 units, representing 2,857,143 common shares and 1,428,571 warrants, for an aggregate subscription of $200,000, by a related party to the Corporation, namely, Christian Dupont, director and Chief Executive Officer of the Corporation. After the private placement, assuming the exercise of the warrants included in the units purchased by Christian Dupont, Mr. Dupont would hold, directly or indirectly, or exercise control over approximately 4.3 % of the Corporation issued and outstanding common shares.

The net proceeds from the Private Placement will be used by the Corporation for working capital purposes.

The issuance of securities to a related party in the first tranche of the Private Placement constitutes a "related party transaction" within the meaning of Multilateral Instrument 61-101 respecting protection of minority security holders in special transactions ("MI "61-101"), which is incorporated into TSX Venture Exchange Policy 5.9. In its consideration and approval of the first tranche of the Private Placement, the board of directors of the Corporation has determined that such subscription to the related party is exempt from the formal valuation and minority approval requirements of MI 61-101 on the main basis that the fair market value of the subscription to the related party does not exceed 25% of the market capitalization of Explor, in accordance with sections 5.5 and 5.7 of MI 61-101.

Link: Closes a First Tranche of a Maximum of $250,000 Private Placement in Common Shares