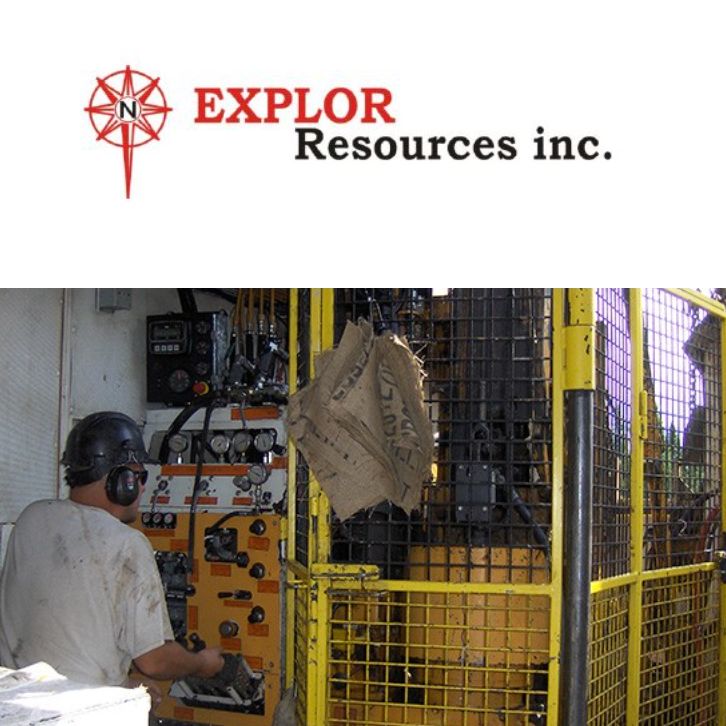 Insider Buying!
Sydney, Nov 3, 2017 AEST (ABN Newswire) - As many of you are aware, I have been accumulating Explor Resources (

FRA:E1H1) since June of 2014. A number of Convertible Debentures, and Private Placements have been done to support ongoing operations since that time. President & CEO Chris Dupont has never participated personally in any of those placements. So, important to investors, why is he putting up $200,000 of his own money now to buy stock from the Treasury at .07, with a Warrant to buy a bunch more stock at .12? Its been rumoured that a $1 million Drilling Program is planned at the Timmins Porcupine West gold deposit. Likewise, I'm hearing a $1 million Drilling Program is planned at the Chester copper deposit in New Brunswick. Both programs are designed to increase the size, & scope of the known resources, currently Measured & Indicated at 1 million oz of gold at the TPW. The Chester copper deposit has a Measured & Indicated resource of 27,626,000lbs of copper, and 123,064ozs of silver, and an Inferred Resource of 32,384,000lbs of copper. A number of CA's (Confidentially Agreements) have been signed, or are in process, with mid tier, and major gold, & base metal producers. The East Bay Drilling Program has been put on hold. Dupont can't buy, or sell, stock on Insider Information, so, again, why now? What is it he believes moving forward?

There is no doubt that the action we have experienced in the metals complex in 2017 has been exceptionally frustrating, especially as the market presented us with several break-out set ups that did not follow through. 2017 has been one of the most challenging years ever within the metals complex. In the past, geopolitical, or, macroeconomic events generated major swings in precious metals. Despite a number of such events, gold & silver have remained static. The notable exception is copper, which has held in the US$3 plus/lb range. The demand for physical gold & silver continues to grow, and supply, especially gold, continues to diminish. So, for whatever variety of reasons germane to long term plans, the powers to be continue to bash precious metals downward.

"Bull markets are born on pessimism, grow on skepticism, mature on optimism, and die on euphoria." - Sir John Templeton

In my humble opinion, Dupont believes the bubble is about to burst, and is preparing for that eventuality. He believes gold, (and silver, and copper) are going much, much higher in price as we move towards, and into 2018. I totally agree with that belief. EXS/EXSFF/E1H1 has seen $1+ when gold approached its $1,900 highs just a few years ago. With profoundly more asset base in the Company, exponentially greater returns are probable. Further, with an anticipated climb in precious metals, I suspect negotiations with producers will intensify favourably for all shareholders.