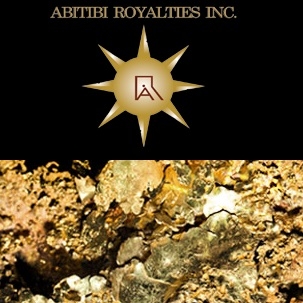 In February 2017, the Company announced that it had delivered 108,700 common shares of Agnico Eagle under its covered call contracts and that Abitibi Royalties would look to reacquire the shares, if possible, through short-term put contracts at prices below what they were sold.

The Company's cash flow (dividends, covered call/put option premiums and other) in 2017 totals approximately CDN$2.2 million, where Abitibi Royalties expects it to end the year. This is up from approximately CDN$1.8 million as reported on October 30, 2017. Cash flow has been mainly used to buyback the Company shares under its Normal Course Issuer Bid ("NCIB"), purchase new royalties under the Abitibi Royalty Search and for administration expenses.

Under its current NCIB, Abitibi Royalties has acquired through the TSX-Venture Exchange, an additional 5,600 common shares (since last reported on October 30, 2017) at an average price of CDN$8.53. A total of 153,200 common shares have been repurchased since October 2015. As of this news release, the Company had approximately 11.4 million shares outstanding.

For more information on the Company's investments, dividends, individual covered call and put contracts and NCIB, please see the Company's Q3-2017 MD&A (prepared as of November 20th, 2017) and Q3-2017 Financial Statements, which can be found on the Company's website www.abitibiroyalties.com.

Abitibi Royalties Inc. (CVE:RZZ) holds a 3% NSR on the Odyssey North discovery, Jeffrey Zone and the eastern portion of the Barnat Extension, located inside the Malartic CHL property and a 2% NSR on portions of the Gouldie and Charlie zones, all at the Canadian Malartic mine near Val-d’Or, Québec. In addition, the Company is building a portfolio of royalties on early stage properties near producing mines. The Company owns common shares in Yamana Gold and Agnico Eagle Mines (market value), plus cash (as of September 30, 2016) of Cdn$41.8 million. The Company is debt free. 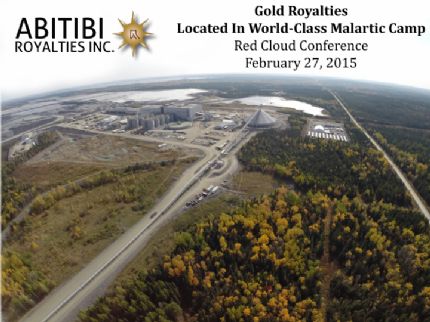 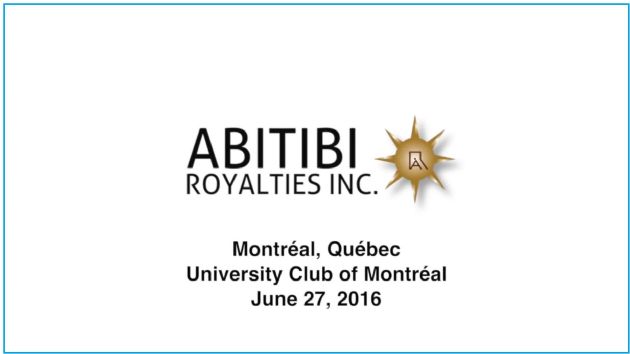 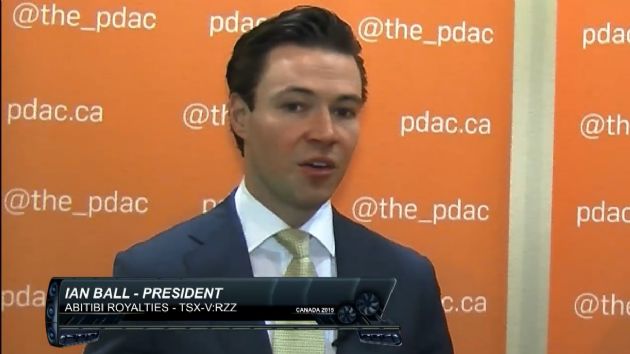 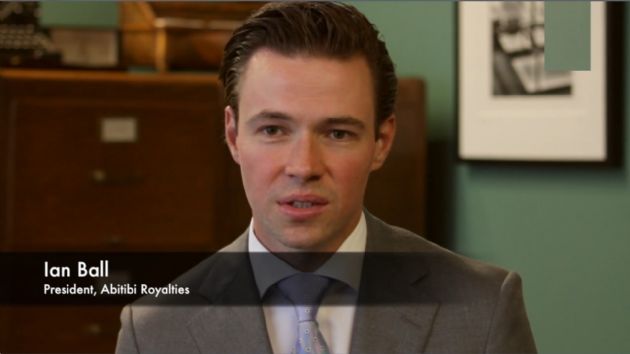