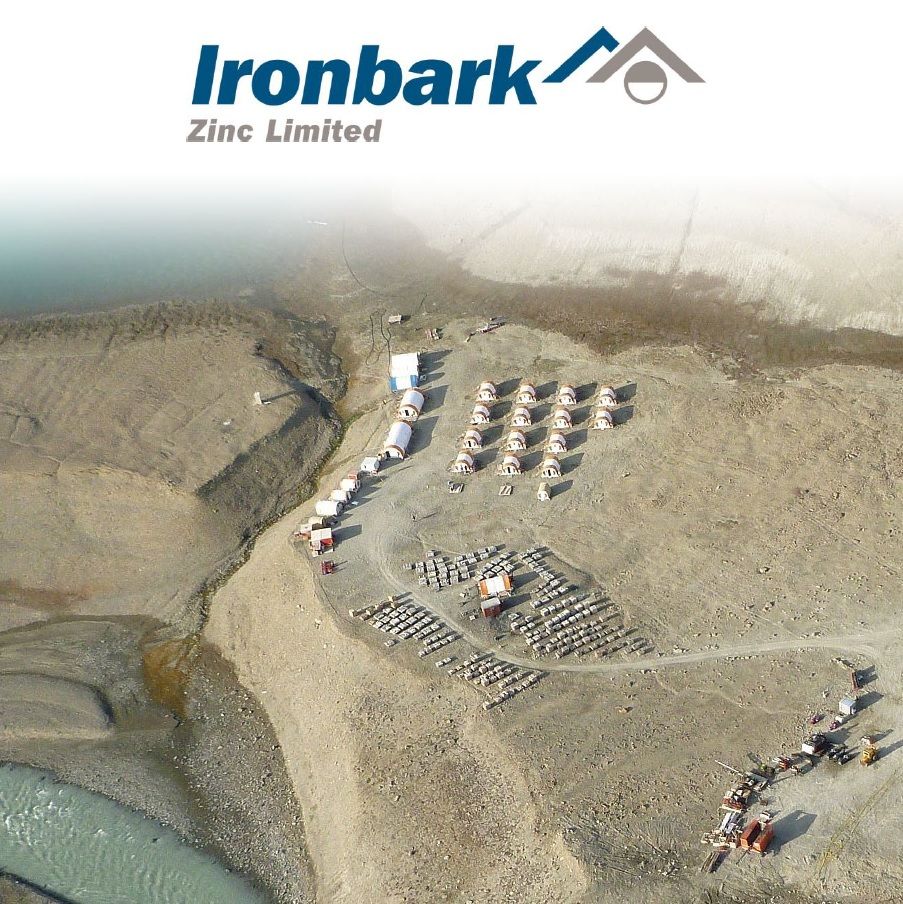 OTCMKTS:IRBGY) hereby provides an update regarding the development of the world class Citronen zinc project. This is an exciting time for the Company as it progresses toward the major project financing stage of the advanced and high margin, large scale Citronen zinc project at a period of such strong zinc prices.

Ironbark is focused on working towards project financing and then moving into production. The Citronen project is exceptionally well placed to meet the strong and growing global demand for zinc and would be highly profitable in today's environment and under a granted mining permit in a low sovereign risk jurisdiction, provides the Company with confidence that the financing process will be successfully achieved.

CF&Co is an independent corporate finance house with offices in London, Toronto and Hong Kong providing independent advice to companies in the mining and metals sectors. CF&Co advises on all aspects of corporate, project and offtake-related finance, mergers and acquisitions, and joint ventures. CF&Co has acted on a wide variety of transactions for a range of mining companies including BHP Billiton Ltd (

Ironbark has commenced work on identifying the project development team including the appointment of a Senior Project Manager and Senior Finance Manager.

The Feasibility Study Project Execution document is currently being reviewed by CPC Engineering. Long lead items and logistical plans are being prepared to ensure a seamless transition into production with mining planned to commence in 2019, with site preparation works being conducted this year.

Ironbark has identified potentially significant Germanium in the Citronen ore as released to the Australian Securities Exchange (ASX) on 7 December 2017. Further assaying is underway and results will be reported in due course.

Germanium is a potential credit in some zinc ore bodies that formed in low temperature environments, such as Citronen. As previously announced, Ironbark has released results for one composite ore sample that is considered representative of the Beach Zone ore body and that returned a result of 24 parts per million (ppm). Germanium tends to report to, and get upgraded to, the zinc concentrate during processing. Certain zinc smelters around the world are able to extract and pay for the germanium from the zinc concentrate, requiring no change to the Citronen processing of zinc concentrate on site. Ironbark makes no representation about how much, if any, of the germanium processed will be a payable credit to Ironbark.

The demand for germanium for fibre optic communication networks, solar panels, infrared night vision systems, and polymerisation catalysts has increased dramatically in recent years. These end uses represent the majority of worldwide germanium consumption. The US government designated germanium as a strategic and critical material and holds a supply in the national defence stockpile.

Work is ongoing with China Nonferrous (NFC) with the majority of the design and planning studies having been completed. We note that Chinese regulatory requirements and design changes have resulted in variations to the Western Feasibility Study. Some of these changes have resulted in delays and Ironbark remains in close discussion with NFC. Ironbark continues to work with NFC under the pre-existing Memorandum of Understanding.

Aided by Cutfield Freeman's global expertise, Ironbark is working on a traditional financing pathway that could see the adoption of the Metso plant and equipment and Western financing as envisaged under the current Feasibility Study. Ironbark has received interest from several large funds and is encouraged by the interest shown in the project.

Ironbark is pleased to advise that it has received an updated shipping study that incorporates weather conditions over the past 6 years. The Shipping Study, prepared by the Pre Eminent Shipping advisor highlights significant changes in the artic shipping environment around the proposed Citronen shipping pathway. This has a significant positive impact on the shipping vessel access.

The zinc price has continued to rise and recently crossed decade high levels of US$3,400/t or over US$1.55/lb. These exceptionally strong levels are supported by falling London Metal Exchange (LME) inventories which are looking towards reaching critically low levels.

Ironbark remains one of the largest zinc projects in the world and offers strong leverage to the rising zinc price with exceptionally high revenues and a strong NPV, as released on 12 September 2017, once in production.

Ironbark Zinc Limited (ASX:IBG) (OTCMKTS:IRBGY) is listed on the Australian Securities Exchange and is seeking to become a base metal mining house. Ironbark has an undrawn US$50M funding facility provided by Glencore to expand its project base through acquisition.

Ironbark seeks to build shareholder value through exploration and development of its projects and also seeks to actively expand the project base controlled by Ironbark through acquisition. The management and board of Ironbark have extensive technical and corporate experience in the minerals sector. 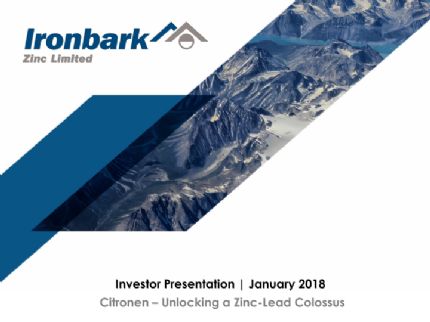 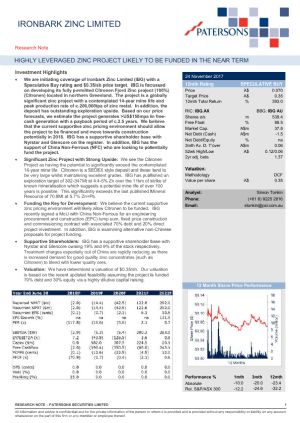