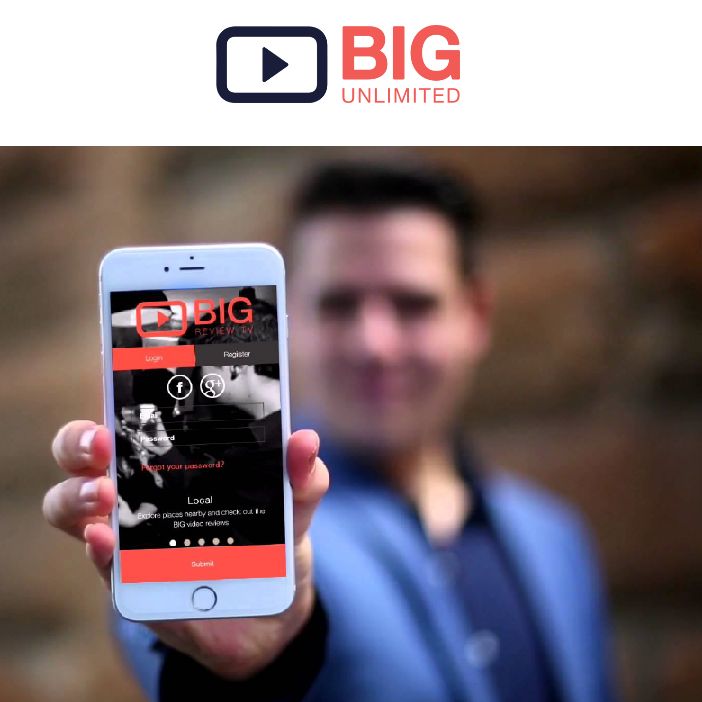 OTCMKTS:BGGNF) advises that it has, in accordance with the announcement dated 10 November 2017, issued the BHA Media Acquisition Shares to The Intermedia Group Pty Ltd on Friday 20 April 2018.

As previously announced to the market on 15 March 2017, the issue of the above shares was subject to a twelve-month escrow agreement.

As BIG Un Limited is currently suspended from trading, the parties have entered into a restriction agreement which stipulates that the BHA Media Acquisition Shares will be issued upon the earlier of a period of 12 months or BIG Un Limited issuing a prospectus.

BIG Un Limited is currently suspended from trading and the Company is currently working diligently towards the issuance of audited half yearly accounts and re-quotation.

Big Un Ltd (ASX:BIG)  is the parent company of Big Review TV Ltd. Big Review TV are innovative disruptors in the online video space delivering subscription based video technology products and services. The Company has operations across Australia and in New Zealand, the United Kingdom and the United States, Hong Kong, Singapore and Vancouver and was listed on the ASX in December 2014.

Link: Appendix 3B and Cover Letter 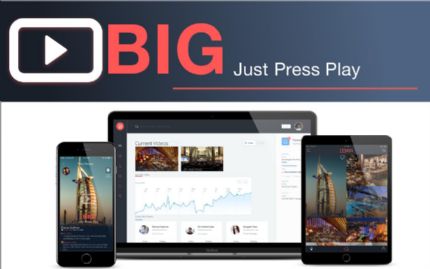 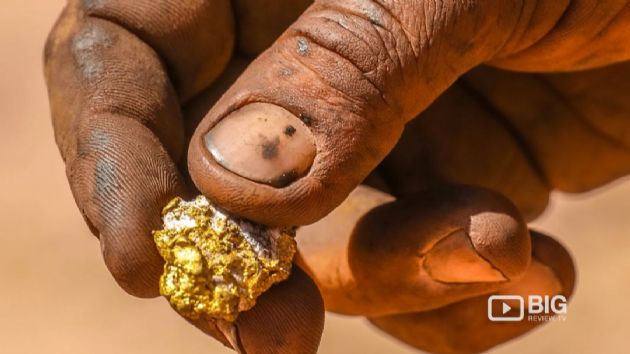 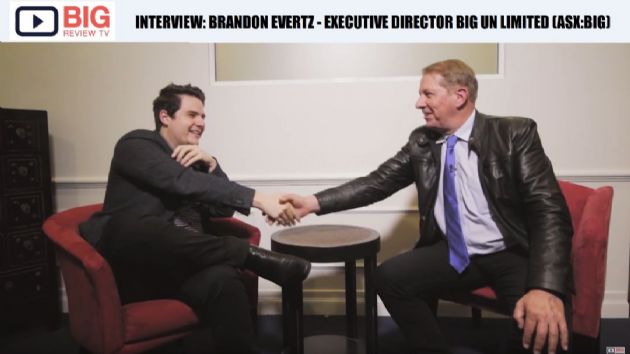 Joint Venture with The Intermedia Group 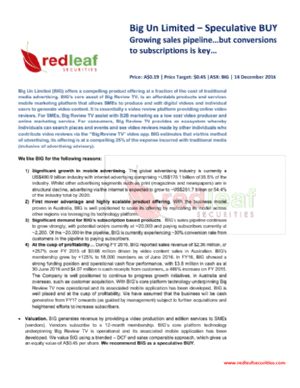