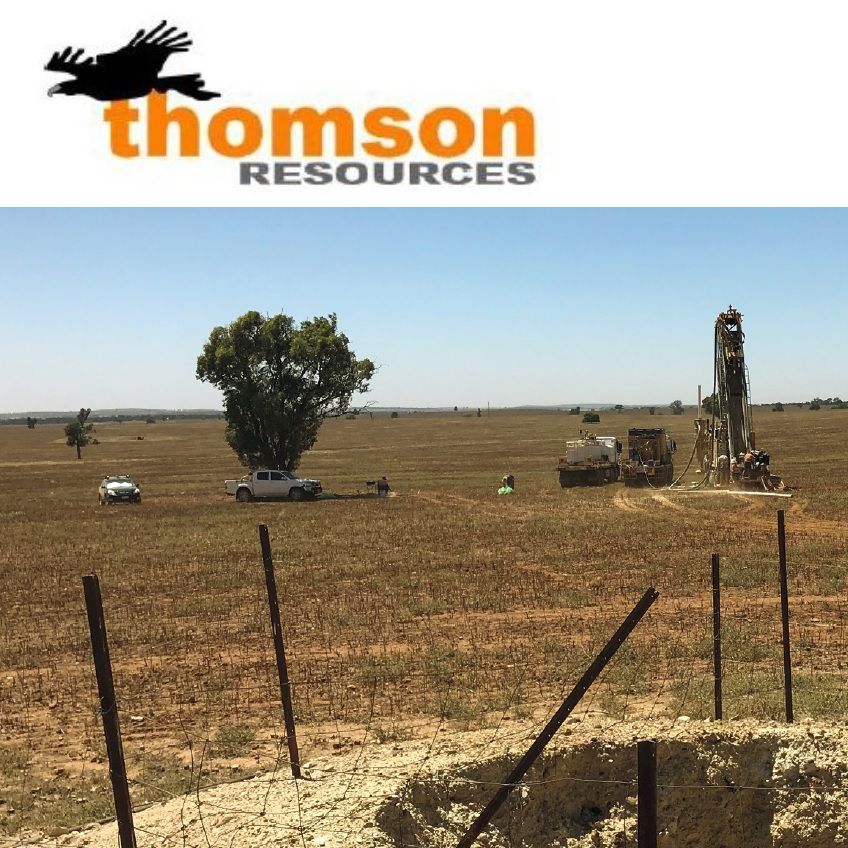 On behalf of the directors, I am pleased to present the eighth Annual Report of Thomson Resources Ltd. The Company's principal focus over the year remained the Bygoo tin project, near the old Ardlethan tin mine in southwestern New South Wales. Tin is proving to be a strategically important metal with increasing application in new technologies. Over the year, Thomson completed two rounds of drilling at the Bygoo tin project. Targets were tested at Bygoo North, Bygoo South and beneath intervening historical workings. High-grade tin intersections at shallow depths and of similar tenor to those previously encountered were obtained at both North and South prospects.

Thomson has also broadened its exploration focus to embrace the Bald Hill tin prospect, 20km south of the Company's Bygoo prospects (also on EL 8260), and the Harry Smith gold prospect. Both prospects were drilled during the year. Three holes were drilled at Bald Hill and all intersected tin mineralisation at shallow depths; the best intersection being 15m at 0.4% Sn from 19m depth. The Harry Smith prospect shows extensive gold-in-soil anomalism defining two 500m long trends coalescing in the area of the small Harry Smith open-cut. This prospect is interpreted as an Intrusion-Related Gold (IRG) deposit related to the Grong Grong Granite. The Company's drilling in March 2018 (ASX release March 26, 2018) was focused on the anomaly trending between the Harry Smith and Golden Spray workings. Drilling was successful with all holes intersecting significant gold mineralisation with the stand-out intersection in HSRC004 of 54m at 1.0 g/t Au from a depth of 8m. This intersection includes two higher grade zones - 12m at 2.1 g/t Au and 6m at 1.6 g/t Au. A similar IRG system exists some five kilometres to the southeast and is defined by two lines of historical workings at the Gladstone and Old Belmore. There is no record of drilling on this prospect.

Follow-up drilling is planned to commence shortly at Bygoo and Harry Smith. The drilling at Bygoo will further test the three tin greisens discovered to date - two at Bygoo North and one at Bygoo South. The Big Bygoo greisen will also be tested in this program. The gold exploration will include drill testing of the Harry Smith-Golden Spray line and the Silver Spray lode.

ASX:VAR) withdrew from the Browns Reef Project and Achilles Joint Ventures. The tenements involved are now wholly owned by Thomson, although EL7891 was subsequently surrendered. The remaining tenements are at the southern end of the Cobar Basin and are prospective for Cobar-type deposits. Three joint ventures remain in place - Bygoo (ELs 8260 and 8163) with private Canadian investor, BeiSur OstBarat Agency Ltd; Wilga Downs (EL 8136) with Silver City Minerals Limited (