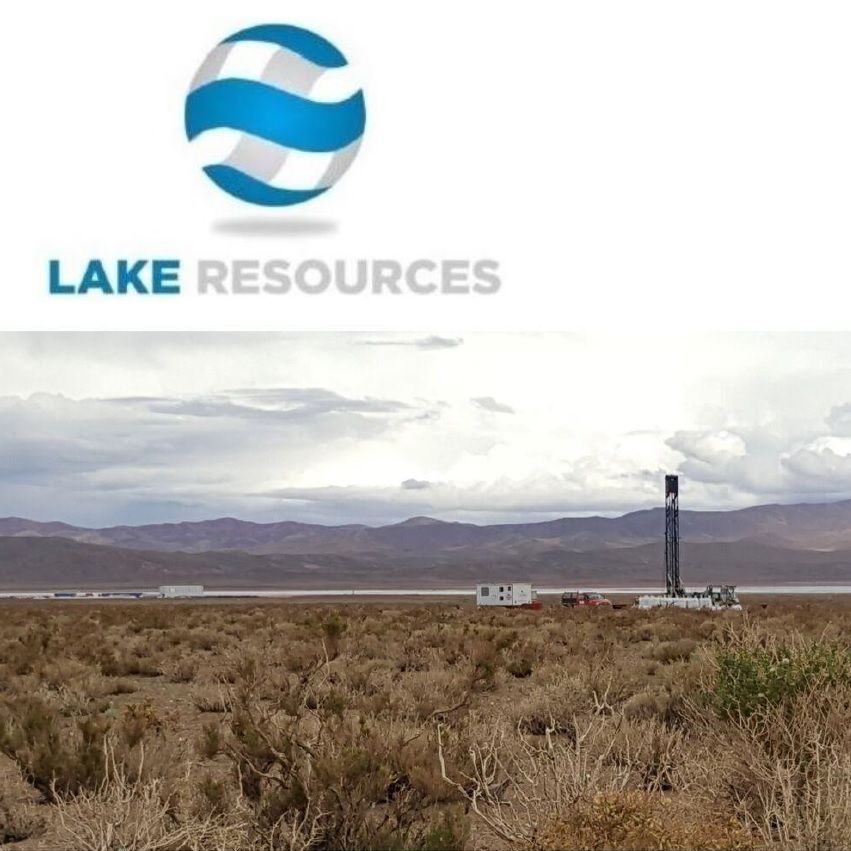 ASX:LKE) has started drilling at the 100% owned Cauchari Lithium Brine Project (See Figure 1 in link below).

SHE:002460) /Lithium Americas and Orocobre/Advantage Lithium.

A second drill rig (rotary rig) has been mobilised to drill pre-collar holes to 100 metres depth to assist the diamond rig through the upper gravels into the brine sequence. The rig is on-route to site and arrives this weekend. It will expedite the drill program in an effort to achieve earlier assay results from drilling.

Drilling is anticipated to show a likely extension to the high grade lithium brines of Ganfeng Lithium/Lithium Americas and Orocobre/Advantage Lithium in adjacent properties (see Figures 2,3,4 in link below). Third party drill results on the here include 600-705mg/L lithium with high flow rates close to the lease boundary (see Note below). Based on recent seismic lines, Lake expects these high-grade lithium brines to extend into its leases and brine bearing sediments are estimated to extend to 300-400 metres deep, based on the interpretation of the seismic line completed by Lake.

Lake originally secured the 18,000 hectare Olaroz-Cauchari leases in early 2016 and is the only ASX junior exploration/development company with a large lease portfolio within this proven lithium brine province.

Managing Director Steve Promnitz said: "We aim to repeat the high grade lithium results in neighbouring drill holes 400-500 metres away in what is a proven and very large lithium resource. The Cauchari drilling is in the same basin and marks a key milestone for Lake after more than two years of preparatory work including securing the necessary permits and undertaking detailed geological modelling. It is great to be on the ground with the drills turning." 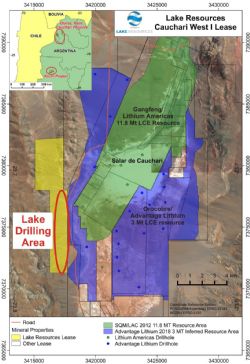 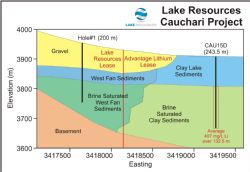