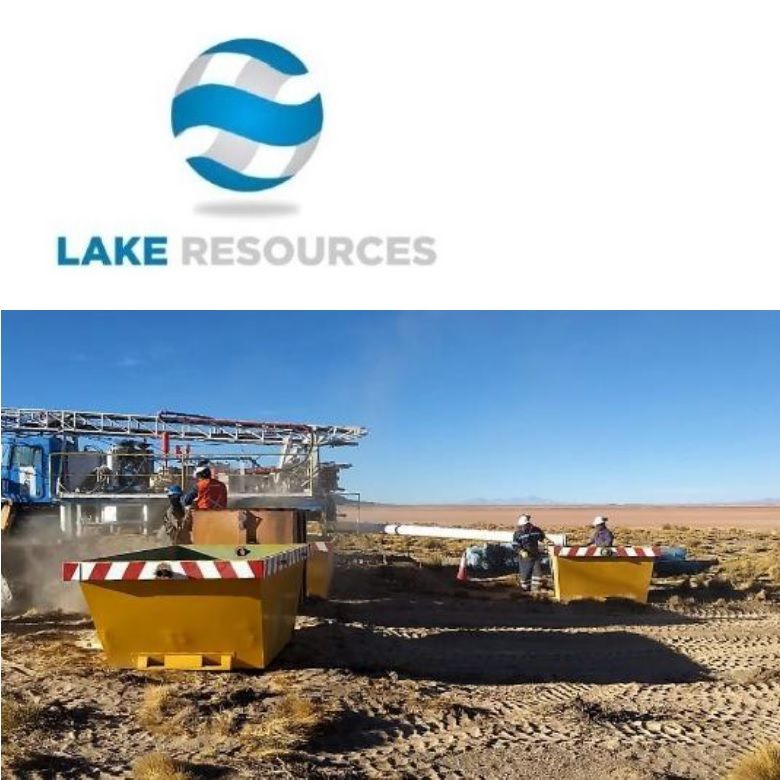 - Kachi brine resource amongst the Top 10 global lithium brine resources, based on 15 holes (3150 metres) to depths of 400 metres in permeable sands.

- Leases expanded to over 200,000 hectares with four lithium projects in prime locations in Argentina, including an increase of 25% at Kachi.

- Funding of $1.25 million raised in December in notes and options conversions.

Lake Resources NL is an exploration and development company with one of the largest lithium lease holdings in Argentina recently expanded to over 200,000 hectares with four prime lithium projects: 3 brine projects and 1 hard rock project.

The Kachi Lithium Brine Project has a recently announced maiden resource of 4.4 million tonnes lithium carbonate (LCE) within an exploration target of 8-17 million tonnes LCE, within consolidated mining leases enlarged to cover 69,000 hectares over almost an entire salt lake. This places the resource amongst the Top 10 global lithium brine resources (see Figure 2 in link below).

The Olaroz-Cauchari and Paso Projects in Jujuy province are adjacent to Orocobre and Ganfeng/Lithium Americas and are being drilled for the first time. The objective is to show that extensions to known major resources of over 15 million tonnes LCE continue into Lake's properties.

The Catamarca Pegmatite Lithium Project, recently enlarged to over 80,000 hectares, is at an early exploration stage and displays large pegmatite swarms over an area of past production within a 150km long belt.

To view the full report with tables and figures, please visit:
http://abnnewswire.net/lnk/RC0Y7TUB