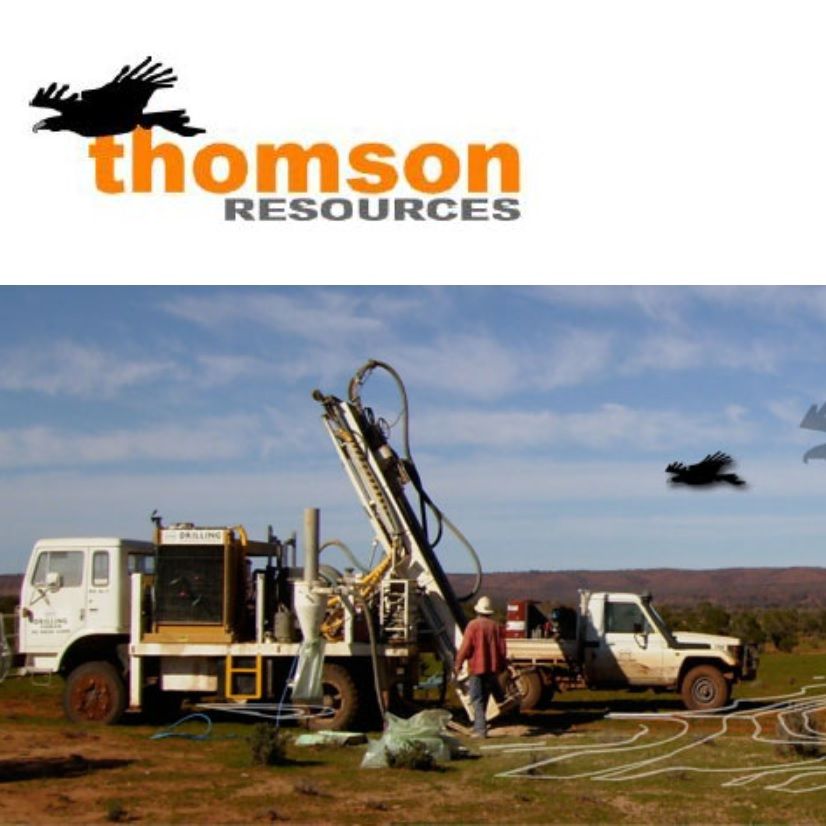 - Follow up drilling to commence shortly at Bygoo and Harry Smith

After a further short delay, drilling will commence shortly on drilling programs at each of Thomson's tin and gold projects in southwestern NSW.

At Bygoo North, the main objective is to define and extend the newly discovered "Dumbrells" greisen which trends north-south through the old Dumbrells pit. The tin drill program also includes several targets in the Big Bygoo area that lies about two kilometres south of the discoveries at Bygoo North. (see ASX release 26 September, 2018).

Follow up drilling is also planned after a successful first round of drilling in March 2018 (ASX release of March 26th).

During the quarter some preliminary fieldwork was undertaken on EL8163 at Gibsonvale, which is 75km north of the Bygoo project (see map) and 45km northwest of the regional town of West Wyalong. The Gibsonvale area contains extensive alluvial tin deposits, more than 10km in length that have been worked historically. Several mining leases cover these areas and are excluded from EL8163. Production at the Gibsonvale alluvial deposits amounted to about 8,000 tons of cassiterite concentrate from 1968 to 1986 (GS1990/352 Metals X Annual Report on EL 3128 July 1989). However, to date no significant hard-rock source for these alluvial deposits has been identified. Several historic hard-rock tin, tin-tungsten and tin-gold occurrences are known (see Figure 1 in link below); several with shallow pits and shafts, but none has recorded production of more than 5 tonnes of tin.

Only limited basement exploration drilling has been reported. 33 vertical rotary percussion drillholes were drilled in 1981. The drilling covered an area of 7km x km centred on the alluvial mining leases (see Figure 1 in link below) and were widely spaced between 200m to 1km apart. Several encouraging results were seen in shallow vertical holes north of the main alluvial leads e.g. 2m at 0.6% Sn from a depth of 18m in hole GBRP09 (GS1981_384 page 231 Metals Exploration Report for period ending 16 July 1982).

Potential hard-rock tin sources for the alluvial deposits range from Fernleigh in the northwest to Christmas Gift Mines in the southeast, a distance of 13km. This zone trends obliquely across the northerly trending Kikoira granite and defines a "Disrupted Zone" (see Figure 1 in link below) which may be a fault which channelled fluid flow. Interpreted offsets on the Kikoira granite boundary correspond with the "Disrupted Zone".

Access arrangements have been discussed with several landowners. Preliminary surface geochemistry confirmed tin and tungsten anomalism at the Fernleigh and Christmas Gift Mines. Follow up is planned in 2019, with shallow bedrock geochemistry to establish trends of the mineralised greisens and veins. Exploration on this EL is part of the joint venture funded under the agreement with Canadian investor BeiSur OstBarat Agency Ltd (see below).

Exploration expenditure incurred during the quarter totalled $60,000. Cash at the end of the quarter was $783,000. 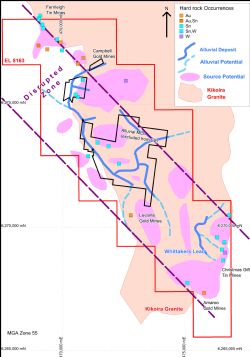