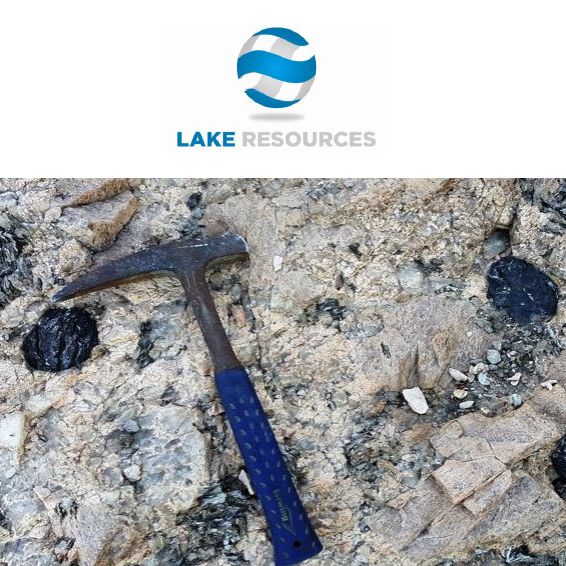 FRA:LK1) announced today new definitive results from detailed packer sampling from its 100% owned Cauchari Lithium Brine Project that compare favourably to the world-class neighbouring project moving to production next year, reaffirming the Company's confidence in Cauchari's potential in the heart of the Lithium Triangle. Please see the table below showing the range of lithium grades and intervals.

The higher results of 340m averaging 505 mg/L lithium, and up to 540 mg/L lithium, with a Li/Mg ratio of 2.9, compare favourably to similar results obtained from the adjoining major project advancing towards production. The Ganfeng/Lithium Americas (

Major Chinese producer Ganfeng Lithium has invested a combined US$397 million, including debt support, to acquire a 50% stake in its Cauchari project, demonstrating the value of such projects in the Lithium Triangle, home to half the world's lithium output at the lowest cost.

Lake's Managing Director Steve Promnitz said: "Lake is drilling next door to the largest defined lithium brine resource on the planet and our assay results mirror the grades of this project. These latest results have only further strengthened our recognition of the Cauchari project as a major discovery adding value for shareholders, given the prices paid for investment in nearby projects. In addition, this is now a wider pay zone of lithium brines than at the adjoining project. To use an analogy, we are in the same swimming pool, filled with sand, clay and lithium brines, and we still have more to come."

"While Cauchari is a potential company-maker for Lake, we are determined to fully exploit the value of our project pipeline. Following Cauchari, we are planning a new drilling program at our 100% owned Olaroz Lithium Brine Project, to test the same basin that also hosts current production. This has potential to be another standalone project to add to our exciting discovery at Cauchari and confirmed deposit at Kachi.

"Analysts continue to upgrade their forecasts for the lithium market, with Benchmark Mineral Intelligence and Wood Mackenzie both pointing to a major supply deficit by the early-to-mid 2020s and Macquarie analysts turning bullish as a result of automakers' expansion plans for electric vehicles.