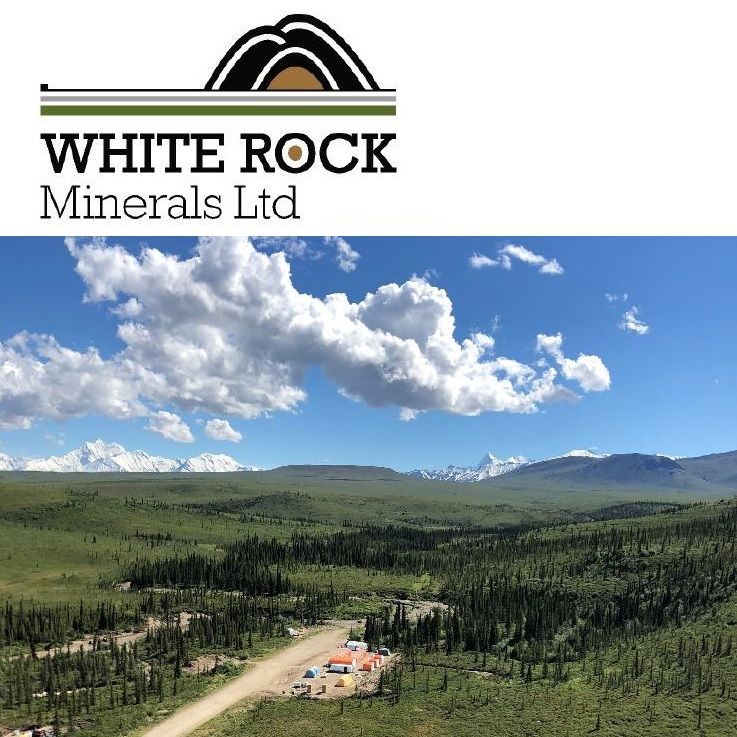 There are already two high grade deposits at the Red Mountain Project, with an Inferred Mineral Resource of 9.1 million tonnes @ 12.9% ZnEq for 1.1 million tonnes of contained zinc equivalent at Dry Creek and WTF.

Summer field exploration activities have been focused on defining and drill testing new targets (away from the two known high-grade deposits) that have the potential to yield a significant discovery to support a greenfield development scenario.

During the latter half of the 2019 field season drilling has focused on three new target areas White Rock has identified along the Glacier Trend (Figure 1*), these being Arete, Smog South and Sheep Rogers.

*All tables and figures in the link below.

The Arete and Sheep-Rogers target areas are within an extensive alteration zone with 10km of strike, where multiple prospective occurrences containing sulphide accumulations, chert and iron formations have been identified, all believed to be proximal to horizons prospective for base metal rich massive sulphides along strike and down dip.

The Smog South prospect is a large isolated target area further east along the Glacier Trend also with extensive alteration, anomalous geochemistry plus surface base metal mineralisation within a VMS horizon at the Smog prospect to the north.

Further target areas yet to be drilled include Artesia, Irish Knob, Black Top, Grizzly, Kettle and Glacier Creek East. All target areas, including those drilled recently with only one hole at each, contain numerous prospective horizons, geochemical anomalies and EM conductivity features to be drill tested. This drilling has provided important stratigraphic information.

Work during the latter half of the field season has also focused on acquiring new regional surface geochemistry across the expanded tenement package and the intervening prospective stratigraphic package to the south and west (Figure 2). A new stream sampling survey has been completed with >1,000 samples collected over the 800km2 area extending from Sheep Creek in the west through to Anderson Mountain in the south and West Fork to the east. This area hosts numerous historic VMS occurrences, and these were the reason for White Rock expanding its strategic tenement package from 143km2 to 475km2 in late-2018.

Reconnaissance geological mapping and sampling of historic VMS occurrences has also been completed with the Cirque prospect, originally discovered in 1976, identified as the highest priority area for follow-up outside of the main contiguous tenement package. A surface geophysics crew has been mobilised to complete a fixed loop EM survey across two horizons of massive sulphide that extend east under glacial till cover. Massive sulphide float blocks up to two metres thick occur within 300m of mineralised calc-schist and carbonate outcrop. Assays for 18 samples averaged 5.6% Zn, 1.7% Pb, 49g/t Ag & 0.5% Cu.

A total of 11 diamond drill holes have been completed to date in the 2019 program. The first seven drill holes were previously reported. The subsequent four diamond drill holes tested targets at Arete (GC19-05), Smog South (GC19-06), Dry Creek (DC19-95) and Sheep-Rogers (GC19-07), the locations of which are shown on Figure 1. Drilling one hole at each of Arete, Smog South and Sheep-Rogers provided important stratigraphic information but failed to intersect significant mineralisation associated with the target horizons.

At Dry Creek, drilling is now targeting the down-dip projection of mineralisation 200 metres deeper than previously drilled. The drill test is designed to provide a significant step-out from the known high-grade Resource which if successful, will assist to illustrate the upside size potential of the Dry Creek deposit and therefore underpin the potential of the project for further development studies. The first drill hole (DC19-95) was abandoned in a fault zone above the target horizon. The drill rig has now returned to drill a second hole (DC19-96) at Dry Creek. 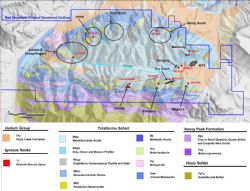 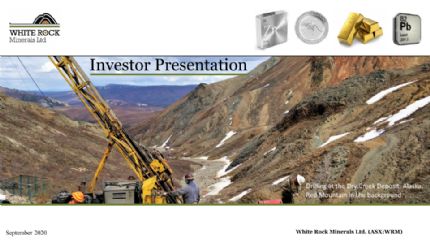