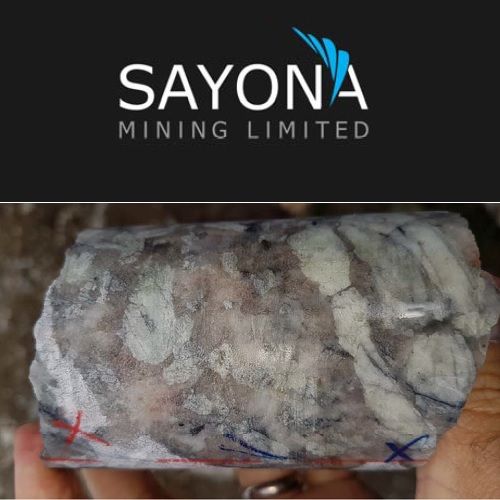 OTCMKTS:DMNXF) Managing Director and with the start of a new year, I would like to provide an update on our strategic plans and activities.

The electric vehicle (EV) and energy storage revolution has arrived and with it an increased sense of urgency for developing new lithium projects. On what basis can we make this claim?

- On 4 February, British Prime Minister Boris Johnson announced the United Kingdom will phase out diesel and petrol vehicles by 2035, five years earlier than previously planned and adding to similar plans by other European nations and California, USA;

- German automaker BMW Group has invested 540 million euro (A$870 million) in acquiring lithium hydroxide from Australia, with the lithium to be supplied from hard rock mines in Western Australia;

- Benchmark Mineral Intelligence has reported that 115 lithium-ion battery "megafactories" were in the pipeline as of December 2019, up from 63 a year prior;

With analysts suggesting a lithium supply deficit could emerge as early as 2022, new projects such as Sayona's will be essential in filling the supply gap. Our focus on Quebec has a number of advantages in this regard:

- World-class infrastructure, including rail, road and port access, together with skilled mining labour;

- Geopolitical advantage amid U.S. push to secure supplies of essential battery minerals such as lithium.

Importantly, Quebec's Government recognises the importance of developing a successful lithium industry, from mining to downstream processing. Quebec Premier Francois Legault has described lithium as a "jewel" for the province and importantly is prepared to support the industry with investment.

On 3 February, the Premier announced a broadening of the role of Quebec's investment agency, Investissement Quebec, increasing its capital to C$5 billion (A$5.6 billion) to allow it to play an even greater role in supporting business development in the province.

Quebec's recent experience with lithium projects has seen issues with poor project management, high costs/capex and a volatile lithium market dominated by China, which have resulted in the shutdown of the Nemaska and North American Lithium (NAL) mines.

However, Sayona considers Quebec can develop a sustainable and profitable lithium industry. Our plans to acquire the NAL mine and integrate it with our emerging Authier Lithium Project are key to its success.

- Ensure the development of a co-ordinated supply chain, from mining to downstream processing, with strong partners to achieve a low cost, high quality output model;

- Develop and secure lithium markets in the United States and Europe, benefitting from Canada's established alliances and trade agreements.

Sayona considers this strategy is feasible and worth pursuing, for the benefit of not only our shareholders but all stakeholders in Quebec. Our Board and management have proven operational experience in establishing hard rock operations, which combined with our local team's know-how is crucial to success.

Based on the stated timeframe by NAL's administrators, the 21 February 2020 deadline for the submission of bids is fast approaching. We will be submitting our bid as planned, with the benefit of our world-class support team.

In the meantime, we are continuing to progress our Authier project through the approval process based on extensive community engagement, having recently lodged a new environmental impact study, while the emerging Viau-Dallaire prospect within our Tansim project is also showing great potential.

These are exciting times for Sayona and the whole lithium industry as we put Quebec on the map as a leader in the emerging clean energy revolution. I hope you will support us as we move forward into a prosperous and sustainable future, powered by the metal of the 21st century. 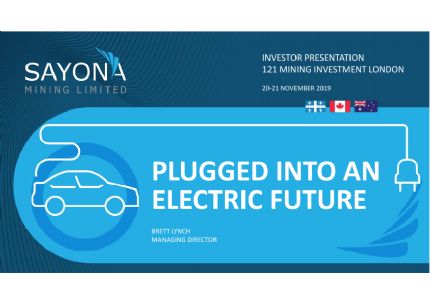