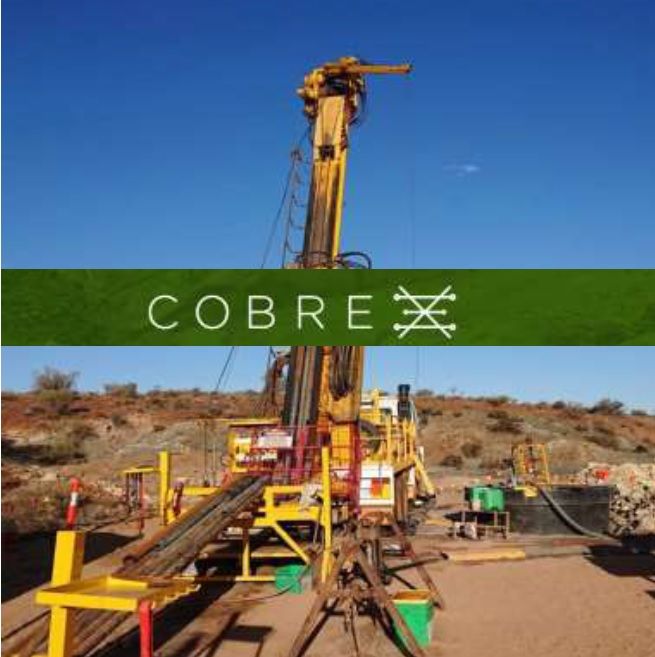 - A number of promising conductors and follow-up drill targets have been identified following recent DHEM and MLEM surveys including: north & south extensions to Schwabe; below recent drilling at Zinco Lago; and two conductors along the Zinco Rame gossan trend.

- The third stage of Cobre's exploration drilling at Perrinvale will commence shortly with a combination of RC and diamond drilling. Several other promising VHMS prospects identified during the 2019 Airborne Electromagnetic (AEM) Survey will be drill tested for the first time as part of this program over the coming weeks.

- The field crews have begun mobilising to site in preparation of the commencement of drilling.

The Moving Loop Electromagnetic (MLEM) ground surveys are near completion at the Perrinvale Project. Together with the Down Hole Electromagnetic surveys (DHEM) undertaken last month, Cobre's technical team is now finalising drill targets across the project for the next stage of exploration. This represents Cobre's third drilling program at Perrinvale, and will include follow-up drill holes at the Schwabe, Zinco Lago and the Zinco Rame gossan prospects, along with the first drill testing of several other VHMS targets across the Panhandle Greenstone Belt.

The upcoming drill program includes 3,400 metres of Reverse Circulation (RC) drilling and 2,600 meters of Diamond Drilling (DD). The field crews have begun mobilising to site in preparation for the arrival of drill rigs. The first DD holes are expected to commence at Zinco Lago and Schwabe.

The MLEM survey of the Schwabe Prospect indicates potential extensions to the north and south (refer Figure 1*) of the VHMS mineralisation previously identified at this location (refer ASX announcement 16/04/2020: Significant High-Grade Copper Gold Results at Perrinvale). Given the VHMS mineralisation discovered to date is close to surface (<50m depth), and the MLEM modelling also suggests shallow responses, the next stage of exploration at the Schwabe Prospect will be via RC drilling. This will be followed by step-out diamond drilling to test the greater potential of Schwabe.

The recent DHEM surveys of the Zinco Lago diamond holes indicated a strong (6,000 to 7,000 Siemens) late time conductor below those drill holes. This has been confirmed via the MLEM survey just completed, with the conductor extending along strike. The spatial position of the modelled conductor is aligned with the down dip projection of the mineralised horizon identified in the Zinco Lago drill core (refer Figure 2*). The Maxwell model of this conductor strikes roughly north-south and is open to the limits of the data. The nature of the conductor response is indicative of a massive sulphide or highly graphitic lithology. The Company is very encouraged by the primary sulphides identified in the recent diamond core holes above this conductor, which include pyrite, pyrrhotite and chalcopyrite present as veinlet and narrow (10-30cm) massive zones. In the upcoming drilling program, two diamond core holes are planned to test this strong conductor - the first along strike north and down dip of the existing 20PVDD001 diamond drill hole, and the second along strike south and down dip of the 20PVDD002 diamond drill hole.

Extending south from Zinco Lago to Lago Rame is a package of variably gossanous interflow sediments which have been tested as part of the recent MLEM program. The central part of this trend is now being referred to as Zinco Rame. The MLEM survey results indicate two lines of modelled conductance from Zinco Rame south to Lago Rame. The western line is relatively shallow and aligns with the variably gossanous interflow sediments, while the eastern line is significantly deeper (refer Figure 3*). RC hole 19PVRC004 drilled in 2019 passed through the interflow sediments above the western modelled conductor at Zinco Rame. Existing exploration approvals will allow for further drill testing of the western conductor, and given the relatively shallow target depth, RC drilling will be employed.

At the time of its Initial Public Offering, Cobre had identified a number of other areas of interest based primarily on the 2019 Airborne Electromagnetic (AEM) Survey of the Perrinvale Project. The Company has now completed field investigations and MLEM surveys which have identified new VHMS targets at Piega del West and Costa del Islas, both of which will be included in the coming drilling program. In addition, ongoing MLEM surveying (due for completion this week) may support initial drill testing at the Ponchiera Copper and Ponchiera North prospects as part of the upcoming exploration program.

Cobre's Executive Chairman and Managing Director, Martin Holland, said in relation to the upcoming drilling program at the Perrinvale Project:

"Following detailed analysis of the recent electromagnetic surveys by our technical team and consultants, the next phase of exploration drilling at the Perrinvale VHMS Project is about to commence. While we already have some impressive intercepts at Schwabe, and positive signs of mineralisation at Zinco Lago, we look forward to understanding the potential of multiple conductors across various prospects at Perrinvale. I look forward to seeing both a diamond rig and RC rig working in parallel to fast track our exploration results." 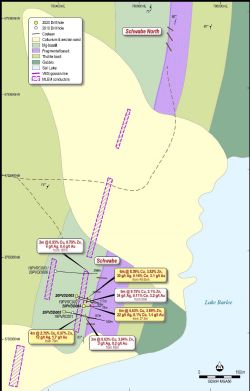 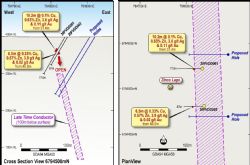 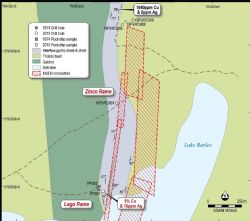 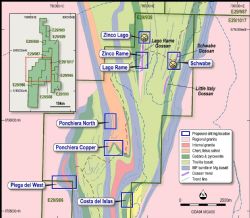 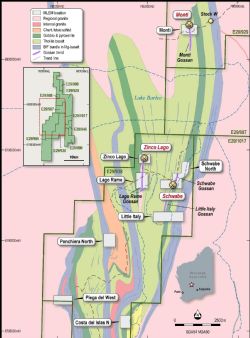 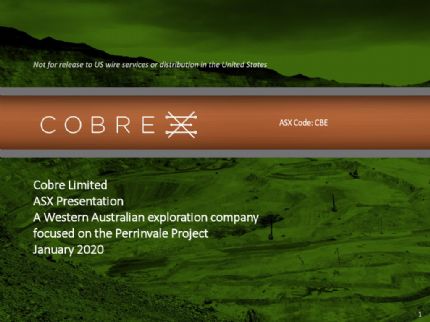