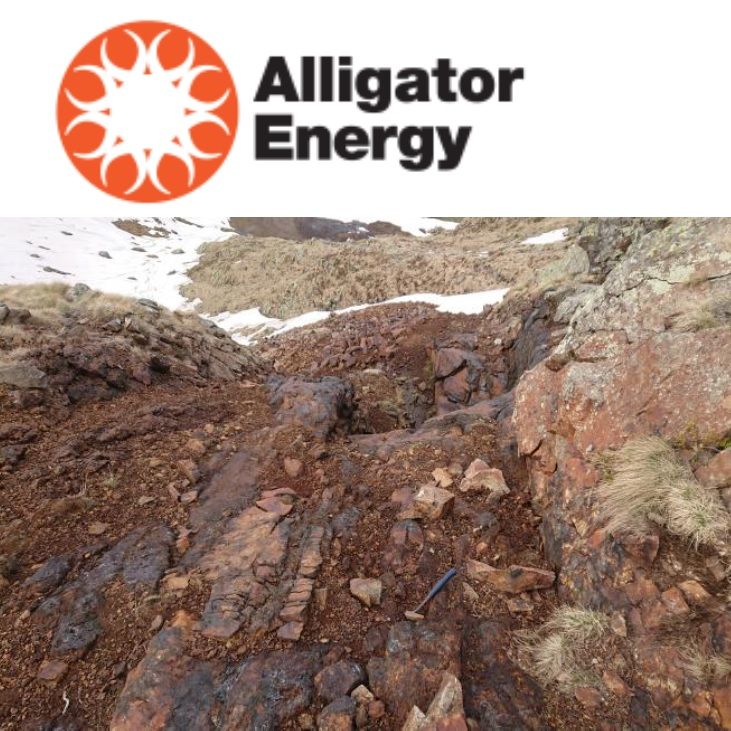 ASX:AGE) is pleased to announce it has been successful in its application as part of the South Australia (SA) Government's Advanced Discovery Initiative (ADI) Scheme. Following a stage 2 application to the Scheme in March of this year, the company has now been awarded $152,400 towards its "Greenfields exploration for ISR uranium deposits in the Cooper Basin".

- Alligator awarded $152,400 exploration grant by SA Government towards its Greenfields ISR uranium exploration at the Big Lake project in the Cooper Basin.

- Funding eligible to support a range of activities from initial seismic reprocessing leading to targeted passive seismic or EM geophysics through to potential drilling.

- Exploration at the Big Lake project is targeting the discovery of channel hosted roll front resources comparable to existing resources such as Honeymoon, Four Mile and Beverley within the State.

- Alligator is also pleased to confirm that Distribution Notices for JMEI Credits totalling $336,958 relating to the 2019-20 tax year have been despatched to Shareholders who participated in 2018-19 capital raisings.

Funding is provided through the ADI Scheme, which forms part of the South Australian Government's Growth State Agenda, with the aim to accelerate mineral discovery through innovative exploration and research projects in regional and frontier terrains throughout South Australia.

Alligator will use the grant to commence exploration activities on the Big Lake project. Initially proprietary reprocessing of existing seismic geophysics covering the license will be conducted with a view to defining shallow stratigraphy, palaeochannels and target regions from deep focused petroleum seismic datasets. Subsequent targeted geophysical surveys, and drilling will then be planned and conducted.

The South Australian ADI Scheme is a fantastic program with strong competition for funding and shows the Departments committed and ongoing support towards the mineral industry with a combined $10m in grants to be awarded as part of the scheme.

We are also very pleased to be able to return significant value through the Junior Minerals Exploration Incentive Scheme to those Shareholders who supported our capital raisings in 2018-19. In total both the above represents nearly $0.5 million additional value to Shareholders of the company."

The Big Lake Uranium Project concept targets the margins of deep seated dome structures associated with known gas reservoirs within the Moomba Gas Fields of South Australia. REDOX and roll front uranium mineralisation is theorised to be hosted within the overlying sandstones of the Lake Eyre formation sourced from distal U-rich source rocks transported as oxidised fluids through palaeochannels.

Proprietary isopach modeling completed by BLU showing variations in basement lithology depths due to constraining ridge lines and Hydrocarbon influenced domes has highlighted prospective ground within the cooper basin. Historic exploration is limited with only one known phase of uranium exploration conducted in the region which targeted known gamma anomalies around historic oil and gas wells. Anomalous uranium was identified during this past exploration which failed to test palaeochannels along which uranium is believed to have been transported and deposited within roll-front and REDOX environments proximal to dome margins.

Strategy for the proposed work program

1. The delineation of key target palaeochannels through:

a. Reprocess open-file 3D seismic to determine best detail and location of palaeochannels

The outcome of this work program will result in the testing of the BLU project to potential uranium discovery level.

Alligator is now pleased to confirm that Distribution Notices for JMEI Credits relating to the 2019- 20 tax year have been despatched to Shareholders who participated in 2018-19 capital raisings conducted through both a Rights Issue and subsequent Placement by BW Equities. A total of $336,958 in JMEI Credits (calculated at a tax rate of 27.5%) were distributed to this eligible group of Shareholders. Australian resident shareholders that are issued with JMEI credits will generally be entitled to refundable tax offsets (for individual shareholders or superannuation funds) or franking credits (for companies). Receiving a JMEI credit could have tax consequences and Shareholders who are issued JMEI credits by Alligator should obtain independent tax advice specific to their personal circumstances.

To view details on the JMEI Scheme, please visit:
https://abnnewswire.net/lnk/A31NM1W9

Alligator's Directors have significant experience in the exploration, development and operations of both uranium and nickel projects (both laterites and sulphides). 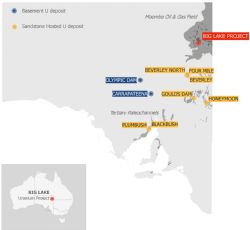 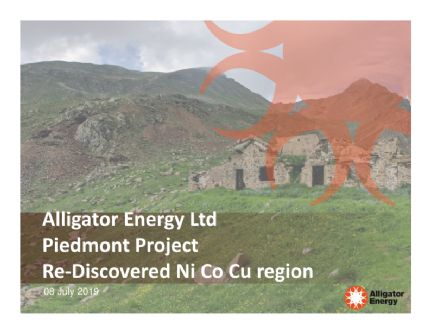