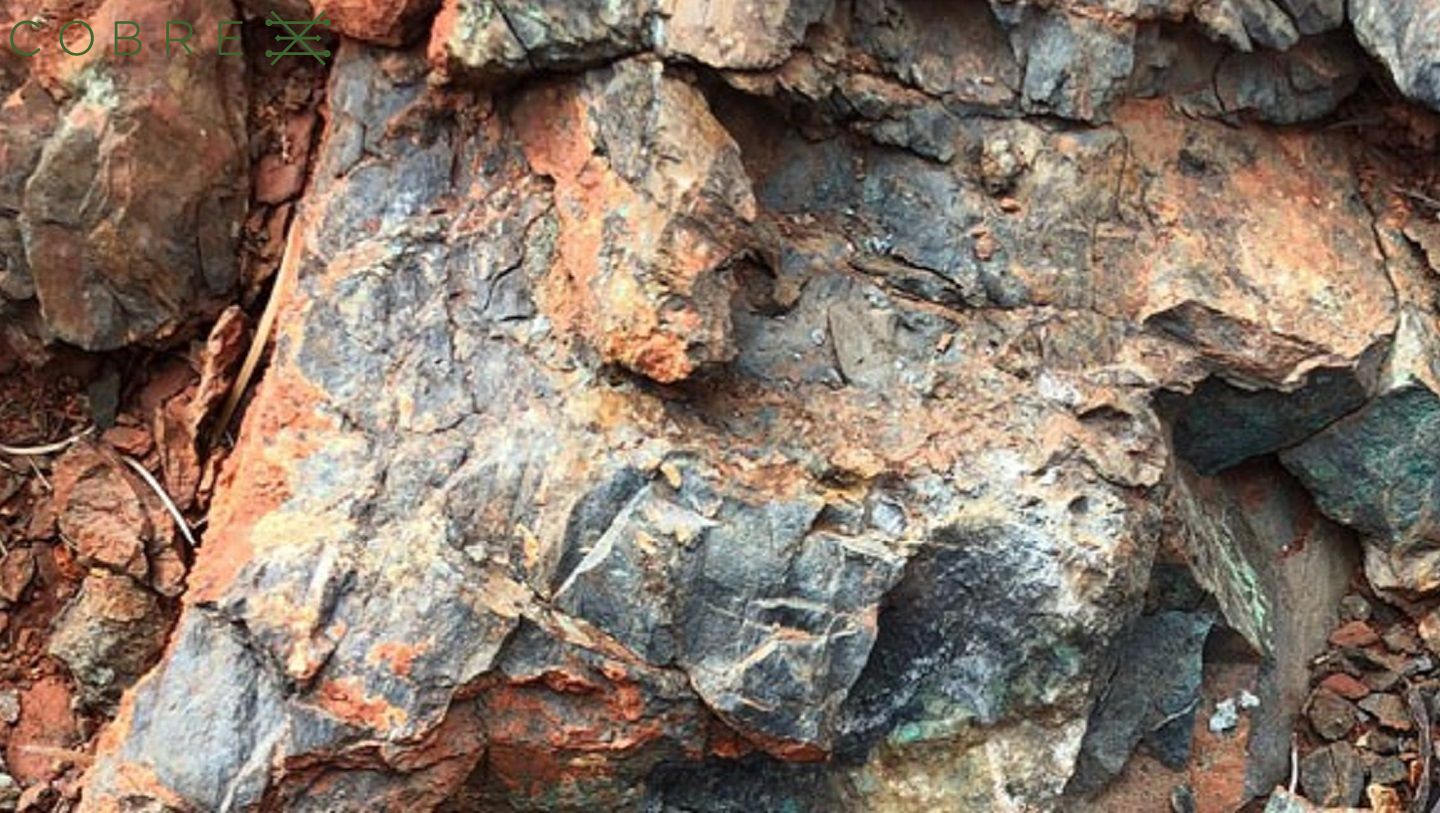 ASX:CBE) is pleased to provide an update on its metallurgical test work being undertaken for the mineralisation from the Schwabe Prospect within the Perrinvale Volcanic-Hosted Massive Sulphide (VHMS) Project located in Western Australia.

Western Australian group, Independent Metallurgical Operations Pty Ltd (IMO), have been engaged by the Company to co-ordinate and complete the ongoing metallurgical test program for Cobre.

Core from three holes, within the Schwabe Prospect, was selected to create a bulk composite sample of ~90kg to be utilised for a series of sighter tests aimed at understanding processing options, as a first step in understanding potential commercialisation routes. The core came from holes, 20PVDD007, 20PVDD008, and 20PVDD014 as shown on Figure 1*, with core photos included as Figures 3a - 3c*.

To date, the sample has been composited at the laboratory, sub-sampled, assayed and analysed via X-Ray Diffraction (XRD) to determine mineralogy. Optical mineralogy assessments have also been completed. These first results indicate high grade gold bearing copper and zinc sulphide dominant ore as shown in Table 1.

The XRD results, summarised in Table 2*, and Optical Mineralogy report confirm these relatively shallow samples are sulphides with copper in chalcopyrite and covellite, and zinc in sphalerite.

Optical mineralogy found the sulphide mineralisation is composed predominantly of pyrite, chalcopyrite, marcasite with subordinate sphalerite, and traces of galena. Chalcopyrite and sphalerite is dominantly relatively coarse and accessible to liberation, with only minor very fine amounts within amphibole and pyrite.

The gangue can be summarized as: quartz siderite +/- amphibole +/- magnetite and altered dolerite (amphibole plagioclase > carbonate). The quartz siderite is the main gangue associated with the copper zinc ores.

Based on these results the metallurgist has set floatation tests at two grind sizes and is proceeding with oxidative leach test work. A sub sample is being utilised to assess potential for ore sorting technology to be incorporated in a process flow.

The deep DC hole (20PVDD015) at Schwabe intersected some vein halo and disseminated mineralisation 200 metres down dip from the high grade massive sulphides drilled near surface, as shown on Figure 2*. Assays confirm base metal sulphides associated with this zone, however concentrations are low (as shown in Table 4). Unfortunately, while cased with 40mm PVC, the casing is damaged at ~130m and the Downhole Electromagnetic (DHEM) probe could not get past this point.

A second deep DC hole has now been drilled (20PVDD018) approximately 30m south of 20PVDD015; intersecting deformed interflow sediments with associated sulphides (visually up to 5%) including pyrite, chalcopyrite and sphalerite. This hole, shown on Figure 1*, is cased and awaiting the DHEM survey crew.

The current programme also includes: drill testing of DHEM conductors between, and down dip of, existing holes at Zinco Lago; a DC tail extending 20PVRC005 to intersect the main mineralised horizon at Schwabe; and diamond core drilling at Piega del West following up the Reverse Circulation (RC) drilling with a Diamond Core (DC) tail to be added to one hole, and a new hole to test an off hole DHEM conductor.

With robust massive sulphide mineralisation confirmed at Schwabe and early metallurgical work positive, Cobre will internally assess the resource potential and looks forward to progressively receiving results of ore sorting and floatation testing over the coming weeks. Further, positive results will support the economic potential of this prospect area.

DC drilling continues, as outlined above, while awaiting the arrival of the DHEM survey crew and the technical team have begun with exploration activities expanding across the 381km2 package of prospective tenure on the Perrinvale Project.

Cobre's Executive Chairman and Managing Director, Martin Holland, said in relation to these latest results and current activities at the Perrinvale Project:

These early results associated with our metallurgical testing are very positive, beginning to lay the foundation to assess the options for Schwabe to deliver economic returns. While we await more detailed results from IMO, expected over the next eight weeks, we will internally assess the resource potential within our existing drilling at Schwabe.

The team on site, while awaiting the arrival of the DHEM crew, are beginning to assess broader areas of the project for VHMS potential. We look forward to applying the knowledge gained across the board by successful drilling of VHMS on the project to date." 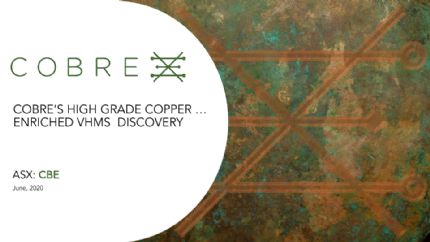