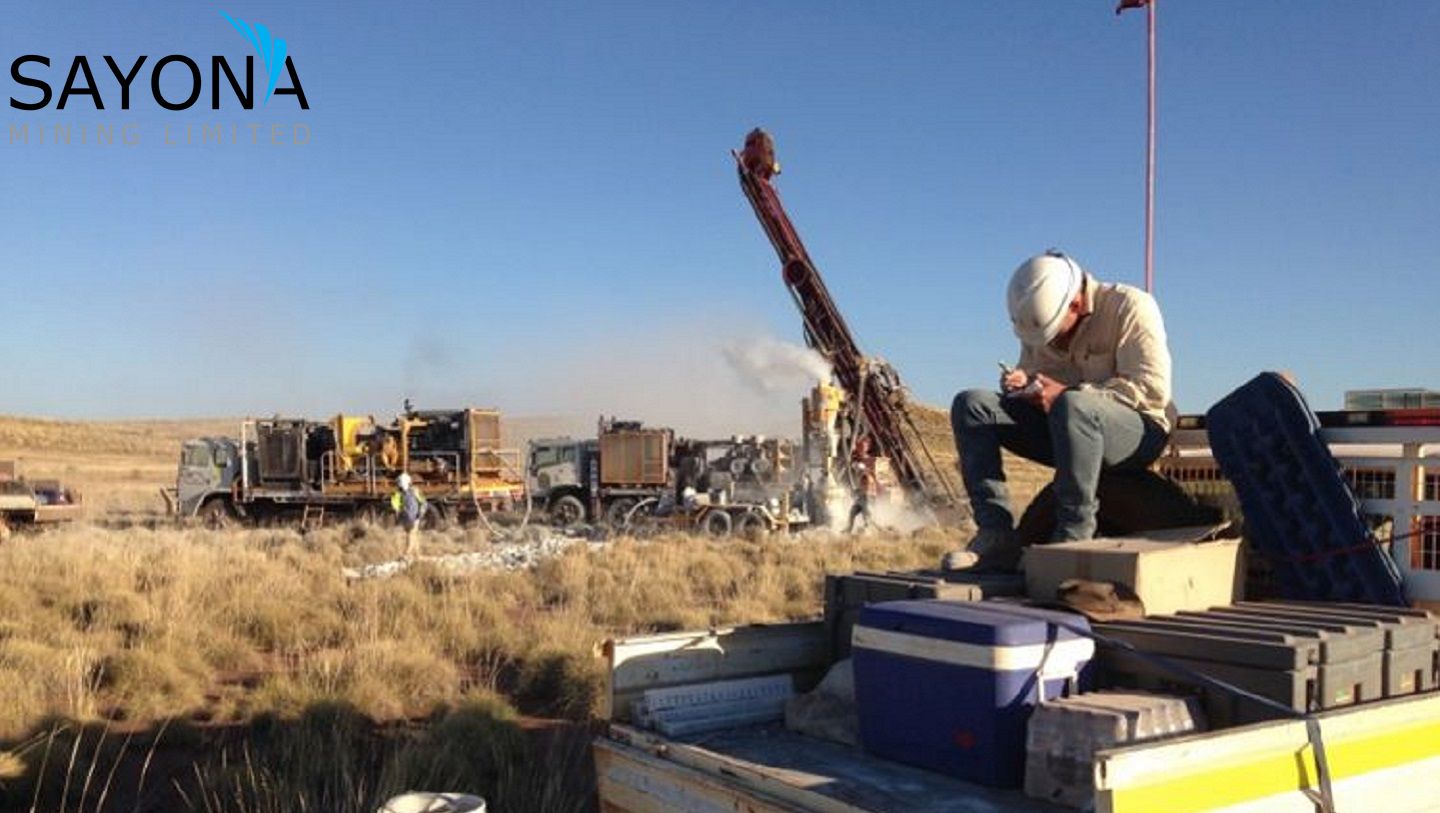 OTCMKTS:DMNXF) has strengthened its project pipeline, with the Company acquiring further prospective lithium acreage at its Tansim Lithium Project in Quebec, Canada in addition to undertaking an airborne magnetic survey over gold targets in Western Australia.

- Increased exploration activity follows strong outlook for both lithium and gold, as Sayona invests in upgrading its Canadian lithium resource base and increasing the value of its West Australian gold and lithium projects.

In Western Australia, drill targeting at the Deep well and Mt Dove projects has advanced with the commissioning and completion of geophysical surveying, targeting anomalies typical of the nearby Hemi gold discovery of De Grey Mining.

The moves follow a strong outlook for lithium in North America amid the electric vehicle (EV) and battery storage revolution, with Sayona's Pilbara gold assets adding further potential upside to the Company's international asset base.
Sayona's Managing Director, Brett Lynch commented: "The additional Tansim claims will further enhance the critical mass of the Tansim project and strengthen Sayona's push to become a world-scale spodumene producer based on our Abitibi lithium hub, with the potential for downstream processing. With investor confidence growing in the future of the North American EV and battery sector, these are quickly becoming highly valuable and strategic assets.

"We are also keen to advance exploration across our Western Australian portfolio, given favourable gold prices and the success shown by nearby explorers. These gold projects add to the potential of our lithium portfolio in the world-class Pilgangoora lithium district."

The new Tansim claims (see Figure 1 below*) are situated on the northern and south-east flank of the project. They secure prospective areas marginal to the Reservior Decelles Batholith, a suite of monzogranite intrusions typical of the parent magma associated with spodumene bearing pegmatite systems at a worldwide scale.

The new claims also cover a similar stratigraphy to the Viau and Viau-Dallaire prospects. It is anticipated new tracks traversing the area will allow rapid and efficient exploration for spodumene pegmatites over the new area.

A 26 diamond drill drilling program for 4,200m is planned for Tansim, with some 3,400m at the Viau-Dallaire prospect and approximately 800m at the Viau prospect. An Exploration Target (refer note below) for the Viau-Dallaire prospect has been estimated at between 5 million tonnes and 25 million tonnes, at an estimated grade of 1.2-1.3% Li2O (refer ASX release 19 November 2019).

The planned drilling aims to expand the lithium mineralisation at Viau-Dallaire and provide material for mineralogical study and metallurgical testwork to support a Mineral Resource estimate.

Sayona's Pilbara project includes gold rights to nine tenements covering 824 sq km. These are considered prospective for intrusion-related gold mineralisation, similar to that of De Grey Mining's nearby Hemi discovery. This style of mineralisation is hosted within altered late stage hi-Mg diorites of the Indee Suite.

Sayona's tenement portfolio remains effectively untested for its gold potential with large areas masked by surficial cover. Interpretation of magnetic data, carried out to identify discrete, high intensity features typical of that displayed by the Hemi discovery, has identified a number of features at the Mt Dove, Deep Well, West Wodgina and Tabba Tabba East projects.

Sayona has commissioned Magspec Airborne Surveys to complete a high resolution 3,900 line km airborne magnetic survey, with flight lines at 50m spacing. This survey, completed on 4 April 2021, covered the entire area of the Deep Well project and part of the Mt Dove project, where high resolution data is not available. These tenements are in close proximity to De Grey Mining's Mallina gold project which includes Hemi (see Figure 2 below*).

At Deep Well, interpretation of publicly available broad spaced magnetics data has identified 18 magnetic features. These are located over sand covered sediments of the Mallina Basin and late-stage intrusions of the Portree Suite.

It is anticipated Sayona's high resolution survey will help effective planning and drill testing of the current anomalies, as well as potentially identifying further targets.

A total of 96 orientation soil samples have been collected over three magnetic features at the Deep Well and Mt Dove projects. Analysis by LabWest using the CSIRO /MRIWA ultrafine technique has been completed, with results ranging from below the lower detection limit (0.5ppb Au) and 5.6ppb Au.
The subdued sample results are typical of geochemical results over the transported, largely sand blown sand which covers much of the tenement areas. Further orientation sampling is planned after the northern wet season to advance the use of geochemistry as a low-cost method of prioritising magnetic targets for drill testing.

The final data from the airborne magnetic survey is anticipated to be delivered in early April. Analysis of this information will help refine drill targeting of the known anomalies and identify further features of interest. Heritage surveying and statutory requirements to allow drilling to take place can then be advanced.

The results will also help frame plans for additional geophysical surveying over the remainder of the Pilbara gold projects, including the Tabba Tabba area in the east, so that combined with geological mapping and sampling, work to allow drill testing can proceed in these areas during the 2021 season.