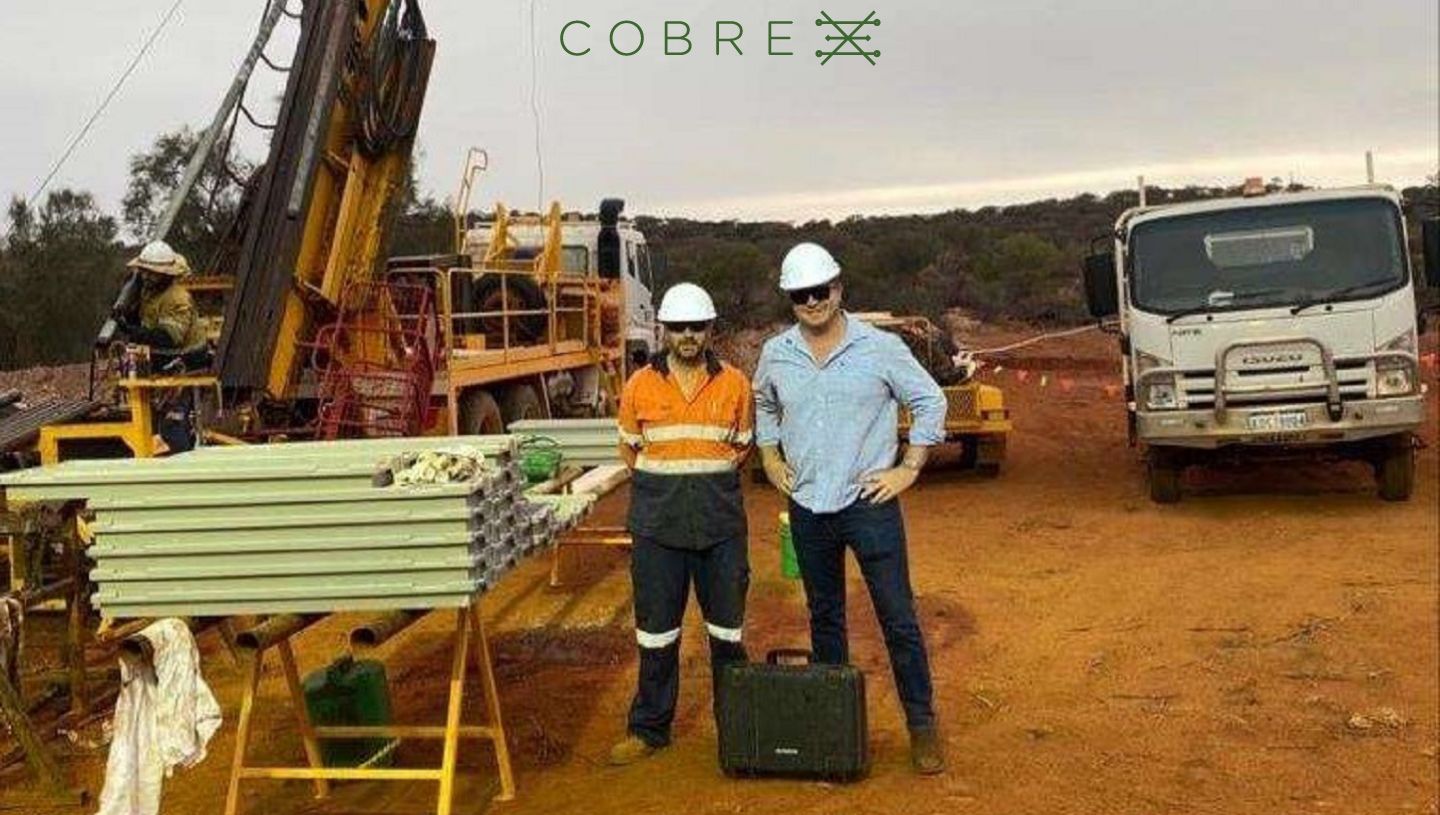 ASX:CBE) is pleased to announce results from recently completed RC and diamond drilling at the Endurance Prospect on its Kitlanya East (KIT-E) Project in Botswana.

As part of an extensive drill programme on the KIT-E Project, a total of 1,701m of RC drilling and 397m of diamond core drilling have recently been completed on the Endurance Prospect. These results have been combined with stratigraphic diamond drilling (1,731m) completed in 2020 to generate a set of compelling targets for follow-up work.

Highlights from the drill programme:

- Drilling of folded conductors modelled from airborne electromagnetic (AEM) survey has proven to be an effective targeting tool with several holes intersecting potential trap-sites in the prospective lower portions of the D'Kar Formation stratigraphy.

- Further work will focus on testing for Cu-Ag mineralisation in trap-sites targets which share similarities to discoveries on neighbouring Sandfire Resource's licenses.

Based on the encouraging results to date and the location of the Endurance Prospect on the border of Sandfire Resources' T3 mining license, a follow-up programme including a further 2,400m of diamond drilling has been commissioned.

KML has awarded a new drill contract to Mitchell Drilling International with plans in place to start drilling following completion of active holes on the Perseverance Prospect.

Executive Charmain and Managing Director Martin Holland comments:
Since commencing drilling in May this year, the company has completed our first stage drilling program in the Kalahari Copper belt in Botswana. Although drill results to date haven't returned economic intersections, results provide significant encouragement in the targeting methodology which has successfully identified folded trap-sites in the correct prospective stratigraphy along with evidence of an active mineralised hydrothermal system.

Based on the encouraging results to date and extensive size of the target area, we believe the Endurance prospect holds significant potential for a new discovery. The JV company has approved a budget for an additional phase of drilling due to commence immediately.

The Endurance Prospect has been modelled as an extensive, 25km long anticlinorium located in a similar structural setting to Sandfire Resources T3 and A4 deposits situated 5km and 10km to the north respectively. This extensive prospect area is notable for: anomalous Cu and Zn soil results; prospective stratigraphy including lower D'Kar Formation units which host Cu-Ag mineralisation at T3 and A4; and folded conductors related to carbonaceous marker units which share similarities to T3 and A4. Stratigraphic drilling completed in 2020 identified trace Cu, Pb and Zn mineralisation on shear planes along with sericite, albite and hematite alteration often associated with the distal portions of mineral deposits in the Kalahari Copperbelt, providing further evidence for an extensive mineralising hydrothermal system. KML is taking a systematic approach from conceptual interpretation based on surface data, geophysics and remote sensing datasets, through validation via stratigraphic drilling and then generation of drill data to vector towards the most prospective areas for economic mineralisation. The recently completed drilling has generated important vectors to guide the next phase of drilling. A locality map illustrating the position of the Endurance Prospect is provided in Figure 1*.

A total of 11 x 200m RC holes were planned to test for potential shallow extensions of mineralisation at Endurance. These holes were designed to test a variety of targets including folded conductors, soil anomalies and fold structures identified in magnetic and remote sensing data. Due to numerous mechanical delays on the RC rig, the final two holes were completed using diamond core. The location of the completed drill holes is illustrated in Figure 2* and detailed in Table 1*.

Detailed logging was undertaken on all the drill chips and core with a view to understanding stratigraphic position, hydrothermal alteration, and trap-site potential. Samples from RC holes were collected at 1m intervals and analysed with pXRF onsite. Anomalous samples will be sent for laboratory assay. Figure 3* illustrates the methodology used to evaluate and compare drill results.

The Endurance prospect has been subdivided into a series of targets which have been ranked using the results from drilling along with AEM and soil sample programmes. The ranking has highlighted several priority areas for follow-up drill testing along with additional target areas which remain untested (Figure 7*).

Based on these results a further 2,400m of diamond core drilling is planned to test for mineralisation in priority and newly identified targets. 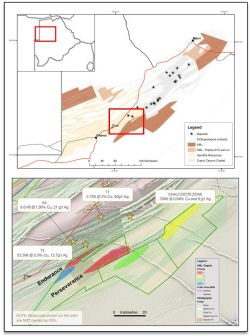 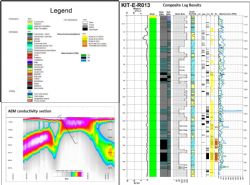