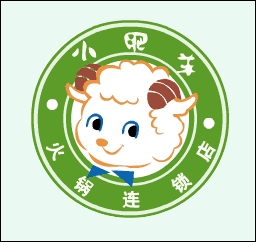 Singapore's Finance Minister said the nation's economy is expected to bottom by the end of the third quarter. Economy growth thereafter is likely to remain weak till at least the end of the year, and possibly 2010 as well, if there are no clear signs of recovery in the global economy.

Japanese government today said Japan's imports dropped 43% to Y3.443 trillion in February, outweighing a record contraction in exports to give Japan a trade surplus for the first time in five months. Meanwhile, overall exports plunged a record 49% as demand for Japanese products continued to shrink in key overseas markets, including the U.S. and China.

US restaurant chains operator Yum Brands Inc. (NYSE:YUM) said late Tuesday it has agreed to buy a 20% interest in Little Sheep Group Ltd.(HKG:0968), a popular restaurant chain with locations mostly in China and Hong Kong, for US$63 million.

Mitsubishi UFJ Financial Group Inc. (TYO:8306) is likely to merge its brokerage firm unit with Morgan Stanley Japan unit and hold a 60% stake in the combined entity, a source said. The merger announcement could be made as early as this week.

South Korea's LG Electronics (SEO:066570) has started a restructure program to increase efficiency. The company downsized assembly lines for low-priced products in China. It also plans to transfer about 4,000 staff at its headquarters in Korea to some 500 new project teams late this month.

Taiwan's Hon Hai Precision Industry Co. (TPE:2317) plans to set up a 50-50 joint venture with German retailer Metro AG (FRA:MEO) to expand into retail sales of consumer electronics in China. Hon Hai and Metro have signed a memorandum of understanding and expect to open the first store in Shanghai in 2010.

Sumitomo Light Metal Industries Ltd. (TYO:5738) will cut back capital investments by about 70% in the fiscal year in response to lower demand. Sumitomo Light Metal's earnings have been battered by falling demand, particularly for automotive products.