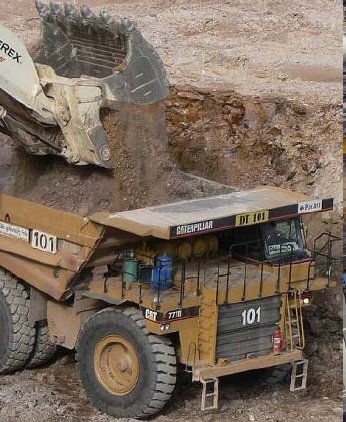 Yesterday the Australian shares ended lower dragged by financial stocks after the lifting the eight-month short-selling ban. The market was also hit by news of a nuclear weapon test by North Korea. The benchmark S&P/ASX200 index fell 23.7 points, or 0.63 per cent, to 3737.9, while the broader All Ordinaries index was down 20.1 points, or 0.54 per cent, to 3735.3.

The Melbourne Institute on Tuesday is to release its wages report for the May quarter. Reserve Bank of Australia board member Jillian Broadbent will address a Queensland University of Technology Business Leaders' Forum.

Rio Tinto (ASX:RIO) chairman Jan du Plessis is expected to visit Canberra this week, amid growing speculation that the $US19.5 billion deal with Chinalco has been scrapped. Chinalco is reported to have held an "emergency meeting" to discuss how to push the Rio Tinto deal.

Suncorp-Metway (ASX:SUN) says it has received about 4,500 claims related to recent rains and floods in south east Queensland and northern NSW. The company expects maximum claims cost would be limited to A$10 million under aggregate reinsurance arrangements.

Brisconnections (ASX:BCSCA) has announced the start of 24-hour tunnelling on the multi-billion-dollar Airport Link toll road and Northern Busway extension project. BrisConnections is also building the Airport Roundabout Upgrade for the Queensland Government.

Shares in copper and gold miner PanAust (ASX:PNA) have been placed in a trading halt pending a capital raising announcement. The company said it intends to undertake an accelerated non-renounceable 2-for-9 entitlement offer, in conjunction with a placement of 100 million shares for institutional shareholders. PanAust is raising A$358 million through a A$180 million investment by China's Guangdong Rising Asset Management and a capital raising.

Film and television program producer Beyond International Ltd (ASX:BYI) has cut its earnings guidance for 2008/09 due to a higher exchange rate and difficult trading conditions in the DVD market. The company expects a full year net profit between A$4.7 million and A$5.1 million, down from its original guidance of between A$5.7 million and A$6 million.

Perpetual Limited (ASX:PPT) said its full year profit is expected to decline by up to 55 per cent from previous fiscal year. The 2008/09 operating net profit would be between A$60 million and A$70 million, compared to A$133.5 million last year.

Bendigo and Adelaide Bank (ASX:BEN) says it lent money to about 8200 customers who invested in failed group Great Southern's investment plans. The bank has no direct exposure to Great Southern.