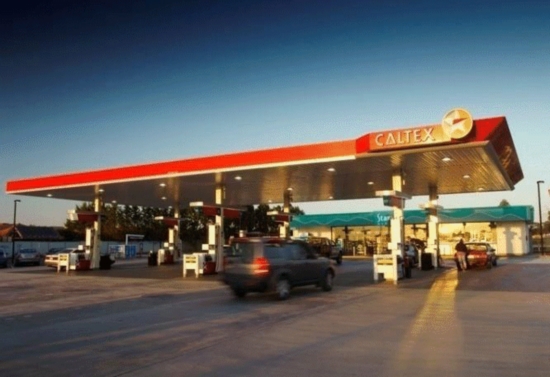 Caltex Australia (ASX:CTX) has entered into an agreement to acquire 302 Mobil service station sties. The acquisition cost to Caltex is in the order of A$300 million including estimates for inventories and other settlement costs which will be finalised on completion.
Sydney, May 27, 2009 AEST (ABN Newswire) - Wall Street closed more than 2 per cent firmer Tuesday on a surprisingly strong US consumer confidence data. Consumer confidence rose to 54.9 in May from 40.8 in April, higher than the analysts' expectations of 42.6.

Australian shares market yesterday was buoyed by the news Rio Tinto reached a better than expected iron ore price agreement with Japan's Nippon Steel. The benchmark S&P/ASX 200 index gained 50.5 points, or 1.4 per cent, at 3788.4, while the broader All Ordinaries index rose 46.3 points, or 1.2 per cent, to 3781.6.

The Melbourne Institute's wage survey shows that total pay for the year to May rose 3.3 per cent, down 0.9 percentage points from the previous survey in February. Basic hourly wages rates excluding bonuses and overtime pay grew by 3.3 per cent in the 12 months to May.

Today the Australian Bureau of Statistics releases construction work done data for the March quarter. The Department of Employment and Workplace Relations is to release its skilled job vacancies survey.

Australian junior oil and gas explorer Drillsearch Energy (ASX:DLS) has extended the deadline of its takeover bid for 3D Oil (ASX:TDO) by another week to June 1, instead of the initial deadline of May 26. Drillsearch said it is to ensure that a number of persons holding shares in 3D Oil are given a reasonable opportunity to accept offers under the takeover bid.

Iluka Resources (ASX:ILU) said in a statement today that it has formally accepted the Unimin Australia offer for its holding of 187 million shares in Consolidated Rutile Limited (ASX:CRT). Iluka has sold its CRL shares to Unimin for 45 cents per share and will receive cash proceeds of approximately A$84 million.

ANZ Banking Group (ASX:ANZ) today placed its shares in a trading halt as it will raise up to A$2.85 billion through share placements to provide a cushion against slowing economic conditions and help it fund the potential acquisition of some of Royal Bank of Scotland's (NYSE:RBS)(LON:RBS) Asian assets.

Telstra (ASX:TLS) has confirmed that it will consider selling parts of its phone system to the Federal Government's proposed national broadband network company.

Emeco Holdings (ASX:EHL) has downgraded its forecasts for the current financial year. The company now expects net profit after tax in fiscal 2009 to be A$56 million to A$60 million, down from the previous estimates of A$65 million to A$72 million.

Caltex Australia (ASX:CTX) has entered into an agreement to acquire 302 Mobil service station sties. The acquisition cost to Caltex is in the order of A$300 million including estimates for inventories and other settlement costs which will be finalised on completion.

Rio Tinto (ASX:RIO) yesterday settled new 2009 contract prices for iron ore from its Hamersley Iron operation with Nippon Steel (TYO:5401), accepting a 33 per cent price cut for its fines iron ore and a 44 per cent price reduction for its lump iron ore.

Suncorp (ASX:SUN) said it incurred a third-quarter impairment loss of A$136 million due to the deteriorating economy and falling property values. The company said its impaired assets increased by A$255 million to A$1.24 billion during the three months to March 31.