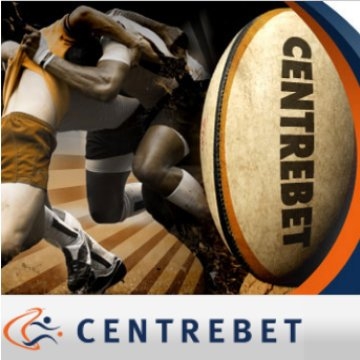 Centrebet International Ltd (ASX:CIL) expects earnings for the year to June 30 to be at the upper end of the guidance provided in April, being an after-tax profit of A$10 million to a$11 million on an adjusted basis and A$7.5 million to A$8.5 million on an actual basis.
Sydney, July 7, 2009 AEST (ABN Newswire) - Wall Street closed mixed overnight, as a survey for services industries in June shows that the economy is gradually pulling out of the recession. The Dow Jones Industrial Average rebounded from early weakness at the closing bell, while the tech-heavy Nasdaq composite slightly fell.

Yesterday, the Australian stocks closed lower led by weakness in mining and energy sectors following the drop in oil prices. The benchmark S&P/ASX200 index lost 44.5 points, or 1.16 per cent, to 3,783.7 points, while the broader All Ordinaries index was 42.4 points, or 1.11 per cent lower, to 3,784.2 points. Analysts expect the market remains low trading volume as the investors were nervous ahead of the reporting season.

ANZ employment survey showed that Australia's newspaper and internet job advertisements declined 6.7 per cent in June to roughly half its level of a year ago. Population growth could drive the unemployment rate up as employers have stopped hiring. Economists expect that the unemployment data to be released this week will grow from 5.7 to 5.9 per cent in June. But the outlook for jobless rate is unlikely to move the Reserve Bank's decision of unchanged interest rate today.

Dun & Bradstreet (D&B) survey shows that business expectations for profits and sales have jumped by their biggest amount in the 21-year history of a survey, indicating executives expect tough business to abate a little in the September quarter from their low point of mid-year.

The Australian Industry Group-Housing Industry Association performance of construction index (PCI) fell by 4.3 index points in June to 42.6 points. The index has been below the 50 level, which separates expansion from contraction, since March 2008.

Gold mining company Dioro Exploration (ASX:DIO) is expected to reject a renewed takeover offer from Avoca Resources (ASX:AVO). Avoca Resources has boosted the value of its scrip offer for the gold miner by as much as A$22 million. The new one-for-2.4 offer revalues Dioro at A$71 million, based on an Avoca share price of A$1.795 before its sweetened bid announcement.

ABB Grain (ASX:ABB) advised that is 2009 full-year result is likely to be impacted by difficult market conditions, principally slow demand for Asian malt and Australian rural inputs. ABB's revised 2009 earnings guidance is underlying net profit after tax (NPAT) of A$43 million to A$53 million, down from underlying NPAT of between A$53 million to A$63 million in the previous guidance issued in May.

Australia's biggest pie maker, Patties Foods (ASX:PFL), has appointed Chris Riordan as its new independent chairman. The company has been on the lookout for a chairman since Peter Kempen resigned from the position in November last year.