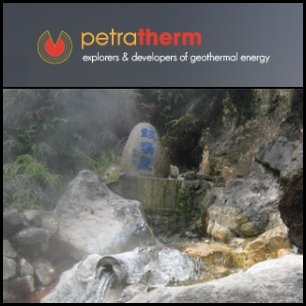 Petratherm will host the six-member delegation for five days. During this time the delegation will meet with Minister for Mineral Resources Development the Hon Paul Holloway MLC and Primary Industry and Resources of SA representatives, as well as visit Petratherm's Paralana geothermal energy site and Geodynamics' geothermal project in the Cooper Basin.

The program identified several new prospective geothermal sites for electricity generation, specifically in the South East of China where most of the new demand for electricity is required.

Petratherm Exploration Manager Peter Reid, who has spent time in China working on the joint project, said it was an important opportunity for the company to present its research findings.

"The delegation is coming to Australia for a cooperation meeting to discuss the next steps in progressing Engineered Geothermal Systems (EGS) in China," Mr Reid said.

"They want to see what's happening here in Australia and to discuss EGS opportunities in China with the hope that Petratherm will be involved in any future projects."

The delegation along with Mr Reid and Chief Executive of the Australian Geothermal Energy Association Susan Jeanes will be available for interview at PIRSA's offices (101 Grenfell St, Adelaide) at 10.30am tomorrow (Friday, October 30). Petratherm's China Exploration Manager Dr Wenlong Zang is available to interpret.