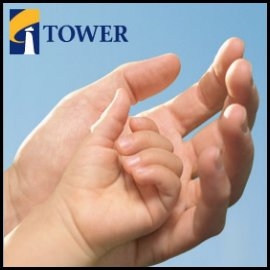 Japan's Dai-ichi Mutual Life Insurance Company said its investment in Tower Australia Ltd (ASX:TAL) will take advantage of the Australia's higher economic and population growth and potential expansion in the insurance market. Dai-ichi bought stake in Tower in August 2008 for A$376.3 million.
Sydney, Nov 23, 2009 AEST (ABN Newswire) - US equities fell for a third straight day on Friday as Dell's disappointing earnings result dragged the US stocks lower. Energy and materials companies were weighed down after European Central Bank president Jean-Claude Trichet indicated that supportive stimulus measures must soon be unwound, prompting traders to buy US dollar.

Australian shares opened higher this morning, despite a weak lead from Wall Street. On Friday the benchmark S&P/ASX200 index ended 1.3 per cent lower, at 4685.8, while the broader All Ordinaries also eased 1.3 per cent, settled at 4706.7. The local market erased gains earlier in the week, leaving the ASX200 in a negative territory for the week, down about 0.4 per cent.

The Australian dollar opened half a cent lower as investors turned to safer haven - the US dollar. During the offshore session, the local unit traded in a broad range between $US0.9060 and $US0.9215.

Home sales in Australia have continued their steady rise as first-time buyers rush the market before the end of first-home owners boost scheme. Auction clearance rates in Sydney reached 71 per cent over the weekend, up 6.8 percentage points from the previous week, while Melbourne clearances were up by 5.1 percentage points to 76 per cent. The first-home owners grant was reduced in September from a maximum of A$14,000 to A$10,500 for existing homes, and from A$21,000 to A$14,000 for new homes. It will be cut to the original A$7000 on New Year's Day.

Today the Australian Bureau of Statistics is to release data on sales of new motor vehicles in October. The Housing Industry Association releases its trades report for the September quarter.

Neptune Marine Services Ltd (ASX:NMS) has completed that acquisition of Aberdeen based Submersible Technology Services (Holdings) Limited, a leading provider of remotely operated vehicle and survey support services to the offshore oil and gas industry. Neptune acquired 100 per cent of the issued capital of STS for GBP16 million with added conditional consideration based on STS's EBITDA performance for the calendar year 2009.

Building product company James Hardie Industries (ASX:JHX) said today its net loss in the three months ended September 30 was US$19.6 million. It posted a net profit of US$153.5 million a year earlier. The company says as the US residential construction market remained near historical low levels during the period. James Hardie says it will not pay an interim dividend for the half year, but its full-year earnings still should enable it to contribute to the asbestos compensation fund.

Rio Tinto (ASX:RIO) said in a statement today that it will receive total proceeds of at least US$741 million in connection with Cloud Peak Energy Inc's (NYSE:CLD) IPO on the New York Stock Exchange and related transactions. Rio Tinto retains a 48.3 percent stake in Cloud Peak.

Japan's Dai-ichi Mutual Life Insurance Company said its investment in Tower Australia Ltd (ASX:TAL) will take advantage of the Australia's higher economic and population growth and potential expansion in the insurance market. Dai-ichi bought stake in Tower in August 2008 for A$376.3 million.

Alcoa (ASX:AAI) will temporarily idle production at its two aluminium smelters in Fusina and Portovesme, Italy. This is a result of uncertainty in obtaining future power supply for the smelters at competitive rates and the financial impact of the European Commission (EC) decision that Italy's extension of the existing electricity tariff after 2005 did not comply with European Union (EU) state aid rules and that a portion of the benefit received by Alcoa must be refunded.