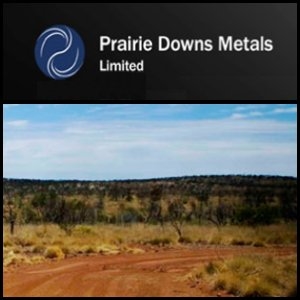 ASX:PDZ) announced the results of a phase one drill program at the Prairie Downs Base Metals Joint Venture Project. A new high-grade mineralized zone was intersected returning 11.1% zinc, 8.0% lead and 73 grams of silver per tonne over 8 meters. Further drilling to test this and other targets are planned for the coming months as part of the joint venture agreement with Ivernia Australia Exploration Pty Ltd, a wholly-owned subsidiary of Ivernia Inc. (

HKG:0575) under which Regent Pacific proposes to acquire all the BC Iron shares not already owned by Regent Pacific at A$3.30 per BC Iron share. This Offer values the fully diluted equity in BC Iron at approximately A$345 million, an all time high price for BC Iron Limited. Regent Pacific intents to become a long term player in both the growth and development of BC Iron and the Australian iron ore sector.

ASX:MDI) has completed an 800m trenching programme at the Morley Prospect on the Reo Project in Burkina Faso. The programme generated intercepts of 11m at 7.97g/t and 6m at 3.88g/t Au, consistent with previous Newmont trenching results. MDI considers that the Reo Project has the potential to host a significant gold deposit and is embarking on a comprehensive exploration program to test this concept.

ASX:AXE) will commence a ground gravity survey on 25th January 2011 to identify buried hematite at Wildhorse Plains, located on the Eyre Peninsula, South Australia. Followed by the ground gravity survey, drilling is planned to commence early February 2011. The Eyre Peninsula is the most prominent area for South Australia's iron deposits. Previous work by Archer has identified significant hematite rich rocks with Fe grades greater than 60%. 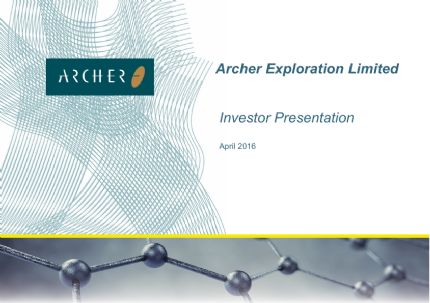