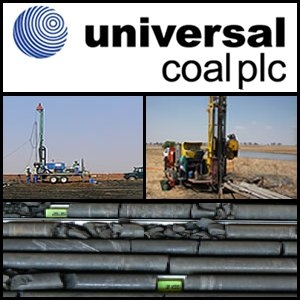 ASX:UNV) has secured an additional coking coal project contiguous to its Berenice coking coal project in South Africa. The new Cygnus project contains a JORC resource of 95.5Mt and, as a result, significantly increases the company's current Inferred resource over the combined Berenice and Cygnus projects to 217.5Mt. Drilling has recommenced on the Berenice project and confirmed a consistent 35-40m thick developed coal zone, with intersection depths ranging from 20- 200m below surface.

ASX:MEU) has received excellent iron assay results from rock chip sampling completed at the Company's 100% owned Western Spur project in the north-east of South Australia. Iron values of consistently greater than 52% Fe were returned and the iron mineralisation has been identified as hematite-goethite. Further low cost exploration is planned on the project over coming months to determine the nature and extent of potential mineralisation. Western Spur is considered to be prospective for both uranium and base metals.

ASX:AKI) announced further drill results from the 2010 drill program at its 80% owned Mayoko Iron Ore Project, located in the Republic of Congo, West Africa. Iron grades range from 40.7-44.3% Fe, supporting the previously announced exploration target size of 100 to 200 million tonnes at 40-50% Fe. The company will commence a 30,000m drilling program in February 2011, with JORC resource update expected in the December 2011 quarter. The project is expected to have an initial operation capacity of 5 million tonnes per annum.

ASX:CHZ) has received further positive assay results from its Phase 3 drill program at the Kestanelik Project, in northwest Turkey. Drilling returned high grades up to 99.3 g/t gold. The company will continue the drill program to expand current high grade zones and identify new ones.