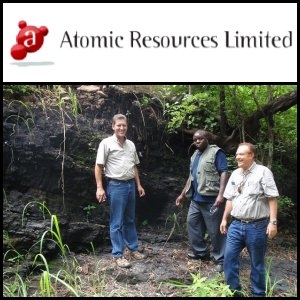 ASX:ATQ) signed agreements to acquire coal leases in the Songwe-Kiwira Coalfield in southwest Tanzania. There are identifiable coal outcrops in the area, which will be the subject of an exploration-drilling program to be commenced in May 2011. There is potential for significant resources of open cut and underground thermal coal, which may be provided to a coal fired power station planned for the area.

ASX:WSA) announced an update of the Mineral Resource at Flying Fox nickel mine, the first mine to be developed at its Forrestania project in Western Australia and is one of the highest grade nickel mines in the world.
The revised Mineral Resource for the T4 to T7 zones now comprises 80,210 tonnes of contained nickel. A surface diamond drilling program is in progress testing the T6 and T7 zones and an underground diamond drilling program will commence next week to test the conceptual T8 target.

NASDAQ:MNEL) today announced the pricing of its U.S. public offering of 2,785,000 ordinary shares at US$9.00 per share. The net proceeds from this offering will be used to expand the Company's Jatropha feedstock operations, including the Jatropha acreage expansion and construction of oil extraction facilities.