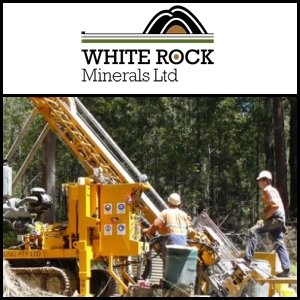 ASX:WRM) updated on exploration activities at its 100%-owned Mt Carrington silver-gold project in northern NSW. Further high grade silver results were returned from the Lady Hampden deposit including 3m at 153 g/t silver and 1 g/t gold. The current exploration programme is focused on drilling of the resource extensions to grow the current Inferred Resource base of 190,000 ounces of gold and 10 million ounces of silver.

ASX:RRI) announced the discovery of new high-grade iron ore mineralisation within the Wonmunna project in Western Australia. The new discovery, named EMM prospect, has been identified along 2.5km of strike, and the structural style at EMM suggests potential for thick mineralisation of more than 50 metres. Drilling at EMM is planned to commence in September 2011.

ASX:CNK) has received all assay results from the first phase of drilling at its Kallona project in the East Pilbara. Potential targets on the tenement have been identified after conducting mapping, surface sampling and airborne geophysical work. Assay results indicate manganese present across 10km strike length. The second phase of drilling is being planned to better define the extent of mineralisation.

ASX:NST) announced a host of outstanding high-grade drilling results from its Paulsens Gold Mine in Western Australia. Drilling returns outstanding high-grade results that extend Paulsens' Voyager 1 lode a further 100m down plunge from current resource model. The drilling results will contribute towards a resource upgrade for Voyager 1, a maiden resource for Voyager 2 and subsequent upgraded mine plan, production forecasts and cashflow projections.

BOM:532454), a leading global telecommunications company in India with operations in 19 countries across Asia and Africa, has been awarded a license to operate 2G and 3G GSM mobile services in Rwanda, further expanding the Company's footprint across the African continent to 17 countries. Rwanda is amongst the fastest growing telecom markets in Africa, the mobile penetration in the country being 38.4%, as of July 2011. 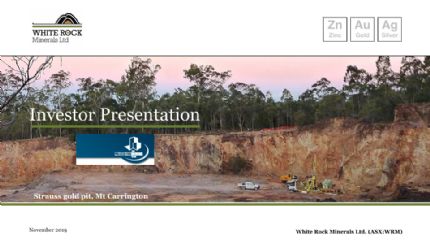