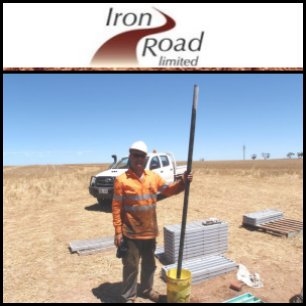 ASX:IRD) confirms that the Global Exploration Target for the Central Eyre Iron Project referred to in recent announcements is 2.8-5.8 billion tonnes magnetite gneiss at a grade of 18-25 percent iron.

The potential quantity and grade of an exploration target is conceptual in nature since there has been insufficient work completed to define the prospects as anything beyond exploration target. It is uncertain if further exploration will result in the determination of a Mineral Resource, in cases other than the Boo-Loo and Murphy South prospect.

Metallurgical test work has shown that the CEIP mineralisation is readily upgraded to a premium iron product and recently results have confirmed its viability as a sinter feed stock, rather than a pellet feed stock.