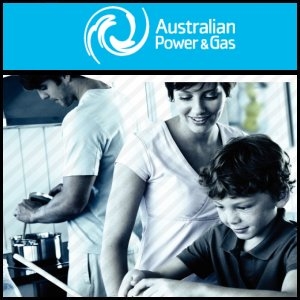 Commenting on the company's Appendix 4C cash flow statement, released today, Australian Power & Gas CEO James Myatt said: 'These strong improvements in cash flow and in our number of customer accounts validate the company's business model and confirm its continuing growth potential. We expect the upward trend in cash receipts in the June quarter to continue, with significantly higher receipts in the September quarter as colder weather increases energy consumption.'

Fourth quarter cash receipts from customers increased strongly to $88.5 million, up 72% over the fourth quarter of FY 2011 ($51.4 million). This reflected an increase of 25% in net active customers and a full billing period for an increased number of customers.

Compared with the March quarter, cash receipts grew by 20.9% as customers' energy consumption increased during the autumn and early winter period.

Underlying operating cash inflow for the quarter, before customer acquisition, credit support and related finance costs, was $9.5 million, compared with $2.8 million in the previous corresponding period. Reported total operating and investing cash outflow for the quarter was $1.1 million compared with outflow of $12.6 million in the previous corresponding period.

The results were in line with management expectations for this stage of the business' development.

Comparative information for the 12 months to 30 June is shown below, (See link below).

The company holds $14.6m on deposit as security for bank guarantees and in addition has a further available cash balance at 30 June 2012 of $4.6 million. 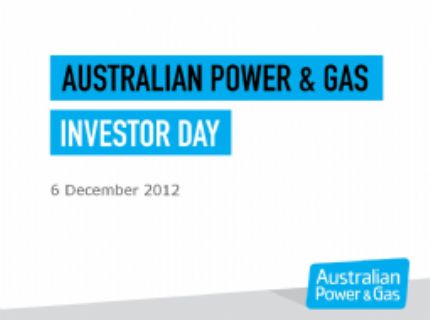