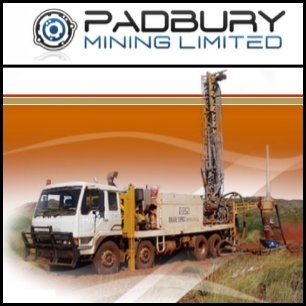 ASX:PDY) is continuing its negotiations with potential investors and engineering, procurement and construction companies (EPC's) interested in the development of the deep water port at Oakajee and its associated rail network.
It has commenced the process of identifying its owner's team members and has had in depth discussions with a number of key engineering consultants to move towards completing its concept for the port and rail elements of the project.

The proposed process will entail Moving from pre-feasibility to definitive feasibility studies, including front end engineering and design.

Providing a transparent, open access model for transporting iron ore to Oakajee that works for both the investors and the miners.

Padbury has now signed in excess of forty non disclosure agreements with potential suppliers that wish to be involved in the construction of Oakajee. Many of these companies have invested their time and energy in assisting Padbury to develop a clear pathway for the project to proceed.

As previously indicated, there has been significant interest expressed by Korean EPCs in particular and Padbury is in the process of negotiating a Heads of Agreement to provide the successful contractor with an exclusive opportunity to participate in the design and construction of the port and rail.

Padbury's Executive Chairman, Mr Terry Quinn believes this to be a major step forward. "This will enable stranded iron ore and other resources in the Mid West to be exploited and exported through the port of Oakajee", he said.

Mr Quinn and Managing Director, Mr Gary Stokes will be returning to Korea to continue negotiations for the EPC selection process later next week.