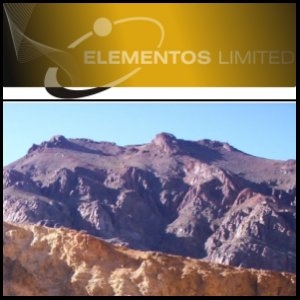 ASX:ELT) is pleased to report the completion of the Cleveland tin and copper project Pre-Feasibility Study ("PFS"), prepared by independent consultants Mining One and pitt&sherry.

The PFS demonstrates that the Cleveland tailings retreatment project and underground mine both have a positive NPV and IRR, with low capital intensity compared to peers. The tailings retreatment project will provide the Company with a short lead-time to production and a cash flow base, whilst providing optionality and flexibility in the way the underground mine is developed.

The Company's strategy is to complete the Bankable Feasibility Study for the tailings retreatment project during 2014, commence construction in 2015, with first production in 2016. During the tailings projected six year operational life, free cash flows would be used to fund further underground resource conversion, with an aim to expand the production rate from 360ktpa to over 500ktpa.

The Company believes there is potential to expand the base case mine capacity to 500ktpa by defining a larger project resource inventory. This could significantly improve the underground project economics by lowering the unit operating costs for only a small incremental increase in the project capital expenditure. Preliminary financial modelling suggests a 500ktpa production rate would lead to a C1 and C3 cost reduction of between 10% and 20%.

A significant JORC Exploration Target of between 3 and 16 million tonnes was recently defined. The Company is also examining the potential of defining a number of shallow open cut mineable resources.

The Company believes the staged development strategy, in combination with project finance at each stage, could significantly reduce the future equity capital requirements.

Elementos' strategy of early production will allow it to capitalise on the increasing price of tin, while also enhancing the overall economics of the underground project.

Elementos' Managing Director, Calvin Treacy commented "This is a huge milestone for the Company. Firstly, turning around a PFS in less than 6 months, and secondly, but more importantly, demonstrating the economic viability of the Cleveland project with a development model that can be funded by a junior mining company. We now move to the next exciting phase of development, achieving our goal to become the next major tin producer in Australia".
To view tables and figures, please visit:
http://media.abnnewswire.net/media/en/docs/76963-ASX-ELT-20140423.pdf 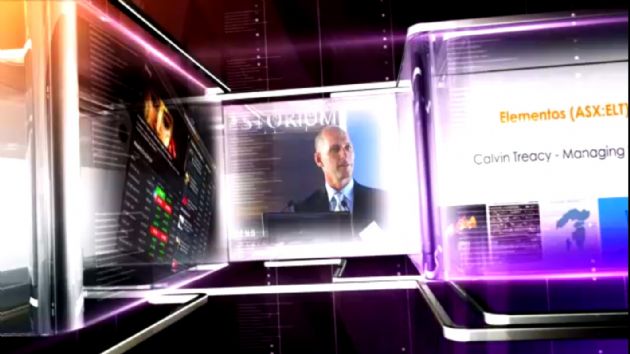