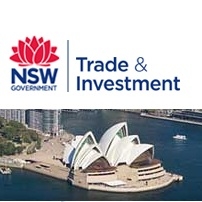 Situated at Londonderry in western Sydney, the Drillcore Library at the W B Clarke Geoscience Centre displays drill samples of sediment and rock, which are vital to the State's exploration industry.

"The Londonderry Drillcore Library has been an invaluable resource for the exploration industry since the 1960s," Mr Roberts said.

"The Library contains more than 1200km of drill core samples worth about, $300 million, and is routinely accessed by exploration companies, geoscientists and researchers.

"These expanded facilities, financed by the NSW Government, will increase the Library's storage capacity to 1875km of core and will help identify potential new deposits and drive job-creating discoveries in the future."

The world-class Geoscience Centre has proved crucial in locating valuable minerals across NSW and played a role in the discovery of the gold that is now the Cadia Mine - one of the world's largest underground gold and copper mines.

The W B Clarke Geoscience Centre has also served as a model for other Drillcore Libraries across the nation and internationally. Delegations, including those from China and Malaysia, have visited the Centre to gather information on building similar facilities.

The expanded facility will provide for the State's drill core storage needs for up to 20 years. It now houses the $1 million HyLogger, a custom-built automated drill core logging system, which creates continuous full colour high-resolution images of core samples and identifies the minerals contained in core using broad spectrum scanning, including infrared and visible light.

The NSW HyLogger, which was designed and built by the CSIRO in North Ryde, has scanned more than 74,000m of core and is capable of scanning up to 60m of drill core in an hour.

"Analysing drill core is a key activity of the Geological Survey's work in support of the State's mineral explorers and the improvements to this facility will enhance links between companies and prospectors working to find the State's next major discovery," Mr Roberts said.


About NSW Dept of Industry

Industry Investment & Export Support Branch (II&ES) is the NSW Government's lead economic development agency for the state's resources and energy sector. It is the first point of contact for investors wanting to participate in the NSW mineral/energy industry, and for explorer-miners seeking key strategic investors to help develop their NSW projects. II&ES can facilitate introductions between potential investors and company representatives.