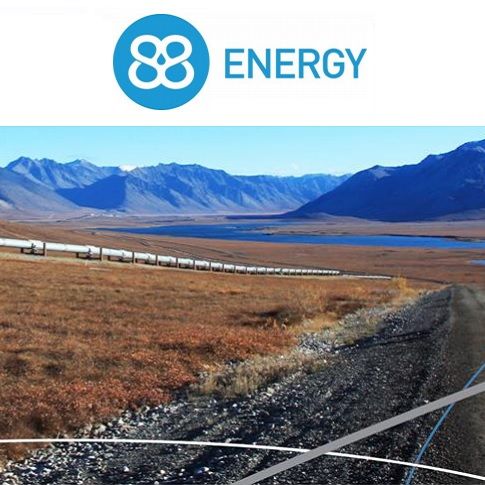 LON:88E) has reported positive cost analysis for its exciting Project Icewine oil play on the prolific North Slope of Alaska.

The new studies supported by data from the company's first well drilled in the Project area show that the break-even cost for a potential development at Icewine would be well below the current oil price.

"Out P50 scenario for both cost and flowrate is less than US$40 a barrel, which is outstanding," he said.

88 Energy has already announced that Icewine may contain a gross mean prospective recoverable resource of between 1.4 and 3.6 billion barrels of oil equivalent following the drilling of the Icewine #1 well in late 2015.

Critically, analysis of core, logs and geochemistry from that well have indicated that the project is highly prospective based on thermal maturity, matrix permeability and resource concentration.

Mr Wall said information obtained from Icewine #1 showed that the rocks at the site have very positive permeability and porosity, with the permeability found to be even higher than expected.

"That was a pleasant surprise for us and consequently we have been able to forecast higher flow rates than initially expected."

Mr Wall said the company will obtain more key information on the Project's potential in August when it receives results from an interpretation of 750km of seismic data.

That will be followed by the spudding of the Icewine #2H well in quarter 1, 2017.

This well, which is planned to be flow tested, will provide important information with regard to potential flow rates for the project as well as future well designs.

Icewine #2H, which will be fracture stimulated, will be drilled vertically to a depth of around 11,000 feet, the depth of the HRZ target zone, and then be drilled laterally for approximately 3000 feet.

"This will be the real key test for the HRZ play in the Icewine area," Mr Wall said.

The Australian stock market will be paying particularly close attention to the upcoming seismic and drill results with 88 Energy's share price on a high on the back of the initial exploration successes.

88 Energy Ltd's (ASX:88E) (LON:88E) goal is to build a successful exploration and production company that delivers material benefits to its shareholders and contributes to the development of the regions in which it works. It aims to achieve this by targeting overlooked or emerging play types where its small team of experts can move quickly to capitalise on opportunities prior to larger industry players moving in. The opportunities the company will seek will be based on robust technical evaluation together with informed socio-political decisions and cultural sensitivity in business relationships.