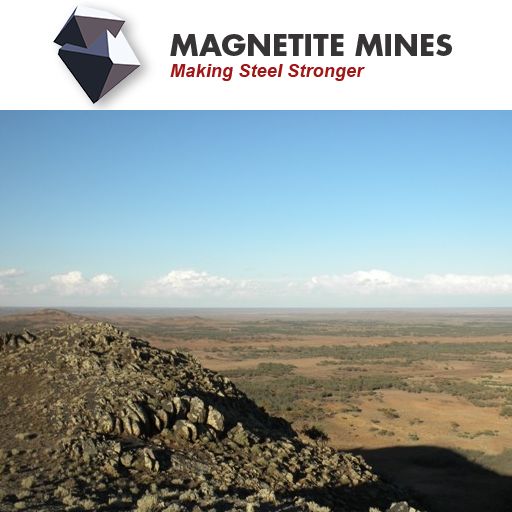 Letter of Intent with Ningbo Iron and Steel for Off-Take of 1 Million Tonnes per Year
Sydney, Jan 17, 2017 AEST (ABN Newswire) - The Board of Magnetite Mines Limited (

ASX:MGT) (Company) is very pleased to announce the signing of a Sale and Purchasing Letter of Intent (LOI) between The South Australian Magnetite Consortium (Consortium) and Ningbo Iron & Steel Co Ltd (Ningbo) for the purchase of 1 million tpy of iron ore concentrate.

The Chairman of the Company, Mr Gordon Toll said, "The support from Ningbo (and similarly from Shandong Steel as announced to ASX on 18/07/2016 and Qingdao Steel as announced to ASX on 28/11/2016) underscores the attractive qualities of our high grade, low impurity magnetite product and will catalyse additional partnerships with the Consortium and help drive production development through detailed design and construction and onward".

Discussions are continuing with a large number of potential partners and investors in China, Japan, Korea and the Middle East.

The South Australian Magnetite Consortium currently comprises of the Company and Lodestone Equities Limited (Lodestone). Mr Gordon Toll is the major owner and Chairman of Lodestone. Lodestone, through its subsidiaries, Fe Mines Limited (FML) (previously Braemar Iron Pty Ltd) and Olary Magnetite Limited (Olary), owns outright or has exclusive iron rights to prospective tenements containing Braemar Iron Formation to the east of the Company's exploration leases. Collectively, the ground has over 200km of Braemar Iron Formation prospective strike length and large exploration potential. The Braemar Region is one of the largest unexploited magnetite provinces in the world.

The Company and Lodestone intend to simplify their corporate structure and merge all their South Australian entities into one listed company. In preparation for this merger, it is intended that FML will become a direct subsidiary of Lodestone and Olary and BIPL will become subsidiaries of FML.

Magnetite Mines Limited (ASX:MGT) is a mineral exploration company exploring for iron ore and copper in South Australia and for iron, gold and uranium in the Northern Territory.

Our main focus is the Mawson Iron Project (MIP), a very large magnetite province located 240km NNE of Adelaide, South Australia - 100% owned and operated by Magnetite Mines Limited. The project has a JORC 2004 compliant resource of over 2.7 Billion tonnes (Indicated and Inferred) at the Razorback Ridge Deposit (Razorback) with an additional 1.2 Billion tonnes (Inferred) in the nearby Ironback Hill deposit. There remains up to a conservative 16 - 35 Billion tonnes as an exploration target at grades of 18 to 45% Fe. Razorback occurs in an infrastructure rich area that has access to nearby existing open user rail, port, power, gas, heavy engineering and dormitory towns. Presently a MOU between Magnetite Mines and Braemar Infrastructure exists for the implementation of an innovative slurry pipeline - infrastructure corridor to deliver iron ore concentrate from mine to ship in the Spencer Gulf.

Link: Magnetite Mines Ltd (ASX:MGT) Letter of Intent with Ningbo Iron and Steel for Off-Take of 1 Million Tonnes per Year 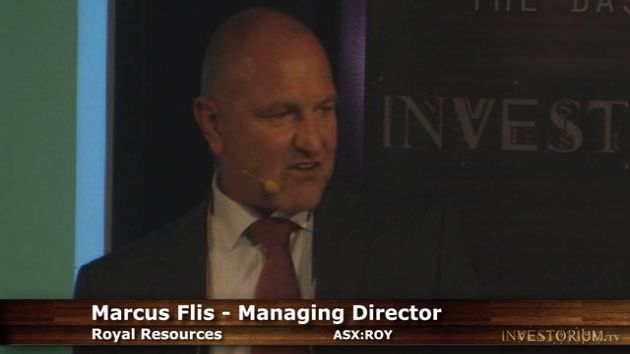 MD Marcus Flis Presents to the Capital Markets in Sydney