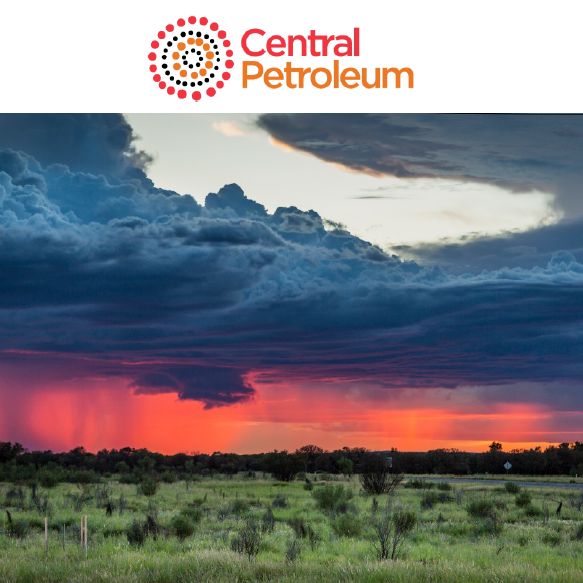 OTCMKTS:CPTLF) is pleased to provide the Company's Quarterly Activities Report & Appendix 5B for the period ended 31 December, 2016.

- The 2016 Annual General Meeting (AGM) was held on 9 November 2016 with all resolutionsoverwhelmingly passed by Shareholders.

- On 10 November 2016, the Company received an unsolicited, indicative and non-binding proposal from Macquarie to acquire 100% of the issued capital of Central by way of a Scheme of Arrangement at 17.5 cents per share. The Board of Directors subsequently determined the proposal was not in the best interests of shareholders however granted Macquarie confidential due diligence with a view to Macquarie developing an improved proposal.

ASX:STO) sold its 50% interest in the Mereenie Oil and Gas Field (including the Mereenieto Alice Springs Pipeline) to Macquarie Mereenie Pty Ltd, a subsidiary of Macquarie, for $52million. Central remains Operator of the Mereenie Field.

- The Vertigan Report was adopted by the Council of Australian Governments' Energy Ministers on 14 December 2016 foreshadowing a basic structural reform of pipeline tariffs and services.

- Testing of the Stairway Sandstone at Mereenie from the previously drilled West Mereenie 15continues free flowing gas at sustainable rates with a low nitrogen content of 2.6%. Additional recompletion opportunities have been identified.

- A Texan Court hearing on jurisdiction in respect of the claim by Geoscience Resource Recovery LLC (GRR) ruled that Texas had jurisdiction and was the most convenient forum. Under Texan law process can be served on Central by serving the Texan Secretary of State. The first knowledge the Company had of the proceedings was through the Australian press. The Company lodged an appeal to the order of the court denying Central's objection to the court's jurisdiction. Central also filed proceedings in the Supreme Court of Queensland against GRR claiming, among other things, declarations, that under Australian law Central being an Australian company which conducts its business exclusively in Australia, that no agreement had been signed with GRR for certain fees claimed by GRR and, alternatively, even if the agreement was signed (which is denied), the Company's Exploration Manager at the time had no authority to sign any such agreement.

- Cash balance at the end of the quarter was $5.9 million.

MANAGING DIRECTOR'S REPORT TO SHAREHOLDERS FOR THE QUARTER

2016 closed with the December quarter bringing consistent progress in many areas of Company activity across operations and regulatory reform as well as an unsolicited proposal from a Macquarie subsidiary.

A strong financial quarter closed with nearly $2 million more cash in hand than had been forecast in the previous quarter. The prime drivers of the better performance were tighter capital control, lower operating costs and higher than expected oil prices and production. We ended the year with $5.94 million (as opposed to the forecasted $4.1 million) and the receipts of the Take-or-Pay payments for the under lift of gas expected to be $4.9 million (as opposed to the forecasted $4.6 million). By January close we expect to be over $3 million above that forecasted in the September quarterly with our cash balance approximately $11.5 million.

With the sale by Santos of its 50% stake in the Mereenie oil and gas field to a Macquarie subsidiary, and the higher than predicted cash balance (achieved despite unbudgeted defence costs), the Company intends to accelerate the development of a potential 120 PJ (gross) of incremental reserves in the Stairway formation at Mereenie. It is the Company's highest priority to have the maximum amount of reserves available for transportation through the Northern Gas Pipeline ("NGP") when it becomes operational by the third quarter of next year. The steel pipe has been delivered to Tennant Creek and Jemena has reported the receipt of Native Title approval with the project progressing on schedule.

Well before the NGP becomes available to transport gas from the Northern Territory to Australia's east coast demand centres we expect the implementation of significant and beneficial reform of domestic gas transportation regulations. These reforms were recommended by Dr Michael Vertigan and adopted in principle by the Council of Australian Governments ("COAG") Energy Minister's meeting on 14 December 2016. The reforms include establishing appropriate economic parameters for all pipeline services (not just point-to-point forward haul) reflecting appropriate cost of services parameters. The regulations would also provide easier access to faster and clearer arbitration (especially if the "Final Offer" proposal, developed by Dr Vertigan, is adopted). As explained in the recent investigation by The Australian newspaper (16 January 2017), once our gas reaches Mt Isa, it is basically back haul all the way to Sydney AND Melbourne which requires a very low level of pipeline service at a commensurately low cost. These reforms will substantially cheapen the cost of transporting Northern Territory gas into the domestic centres of demand.

The investment theme of Central since 2013 has been that there will be a major shortage of natural gas in the eastern seaboard by 2018 with dire consequences to the national economy and jobs unless companies like Central geared up to become new suppliers by then. It has been hard work and a long and winding road but we are on the cusp of becoming such a new supplier, at exactly the right time.

Other reforms recommended by the Australian Energy Market Commission ("AEMC") of allowing access to contracted by unutilised capacity on a daily auction basis was also adopted at the COAG Energy Minister's meeting. The first part of these transformatory reforms are scheduled to be finalised and adopted by the mid-May Energy Minister's meeting. The AEMC reforms should demolish the present barriers to entry for financial intermediates to enter the spot market, increasing transparency and efficiency and allow the whole domestic market to be more flexible and responsive to demand, and mitigating to some extent the impacts of the gas shortage on gas users. Additionally, such market operating improvements could be expected to lead to the development of risk management tools which are available in overseas gas markets but presently inhibited in the unreformed National Gas Market.

Santos commenced its seismic programme aimed at delineating the Dukas prospect of which Central holds 30% (which according to Santos' presentation is a multi TCF gas and helium target). This is part of the Stage 2 Southern Amadeus Basin farmout to Santos. We await the results which may justify the drilling of an exploration well next year on Dukas.

The Due Diligence Room established in response to the proposed scheme of arrangement by a Macquarie subsidiary (which the Board has rejected) has been visited by a number of interested parties. The Board is cognisant of the fact that to optimise the Company's position of supplying gas into the east coast market it will need to be appropriately capitalised, possibly through having a strategic partner on the register.

In summary, it has been a satisfying quarter from which the Company has emerged in a stronger financial position, with improved market prospects and its future as a substantial gas producer coming closer and closer to fruition. 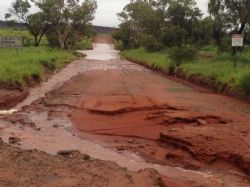 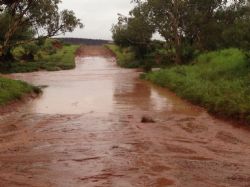 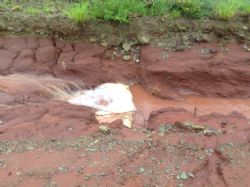 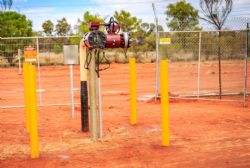 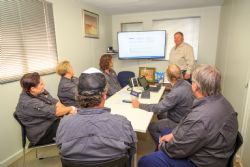 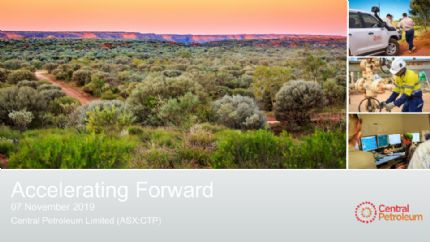