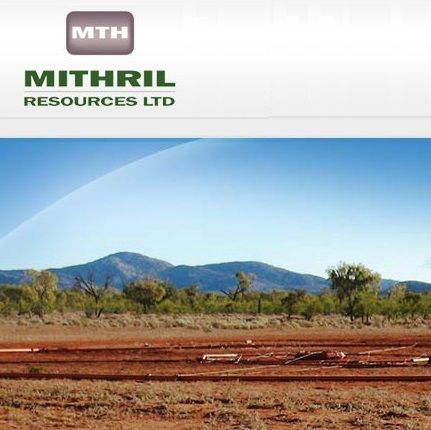 ASX:MTH) ("Mithril") and its joint venture partners are exploring for gold, nickel and copper throughout the Kalgoorlie and Meekatharra Districts of Western Australia, and nickel-copper-PGE's throughout the Coompana Province of South Australia (see Figure 1 in the link below).

- Follow-up drilling has commenced at the Mexi Nickel Prospect with results expected by early June 2017.
- Mexi characterised by a broad zone of anomalous nickel - copper - PGE's within weathered ultramafic rocks including:
o 36m @ 0.30% nickel, 294ppm copper, and 61ppb PGE's from surface,
- Presence of elevated copper and PGE's along with nickel potentially indicative of nickel sulphide mineralisation at depth within fresh rock.

During the March 2017 Quarter (the "Quarter") Mithril identified the new Mexi Nickel Prospect at Lignum Dam (Kalgoorlie), highlighted the cobalt potential of the Nanadie Well Copper Deposit (Meekatharra) and continued to assess the nickel - copper prospectivity at Coompana.

During the Quarter, the Company spent $0.08M on its exploration activities outlined in this report and at 31 March 2017, the Company had cash reserves of $1.08M.

During the Quarter, the Company raised an additional $808,103 (before costs) through a share placement pursuant to Section 708 of Corporations Act (Cth).

The proceeds of the share placement will be used to underpin geophysical and drill testing of the Mexi Nickel Prospect, the Nanadie Well Copper Deposit and the Stark Copper Prospect (located 80 kilometres southeast of Meekatharra, WA), and provide for working capital.

During the Quarter, the Company identified a new nickel prospect (called "Mexi") following a 2,524 metre first-pass aircore drill program completed during the December 2016 Quarter at the 100% owned Lignum Dam Project (located 50 kilometres north-northeast of Kalgoorlie Western Australia - see Figure 1 in the link below).

Within the intercepts, maximum values (for any individual 4 metre composite sample) are 0.57% nickel, 603ppm copper, and 119ppb PGE's.

The presence of elevated copper and PGE's along with nickel at Mexi is highly significant as they are potentially indicative of nickel sulphide mineralisation at depth within fresh rock.

A ground EM survey conducted towards the end of the Quarter identified a number of weak geophysical responses along strike from the aircore anomalism that could be related to variations in weathering along the prospective ultramafic / mafic contact.

Mexi remains open both along strike and down-dip, and lies within a broader structural corridor that is interpreted from aeromagnetic and gravity data to extend from known high-grade nickel sulphide mineralisation at the Silver Swan nickel deposit located 9km to the south.

At the time of writing, follow-up drilling had commenced at Mexi with results expected by early June 2017.

ASX:IRC in 2013) which is located 80 kilometres southeast of Meekatharra, Western Australia (see Figure 1 in the link below).

Previous drilling at Nanadie Well has focused on copper and gold, with the overwhelming majority of higher grade copper intervals (i.e. greater than 1% copper) never having been analysed for cobalt.

Mithril's selective resampling of historic RC drillholes within the deposit has returned elevated cobalt as well as nickel, platinum and palladium, the best results being;

While the resampling results highlight the deposit's cobalt potential, further work is required to better understand the grade and distribution of cobalt, nickel and PGE mineralisation at Nanadie Well and with this in mind, diamond drilling to test for further high-grade copper and associated cobalt is planned for the June 2017 Quarter.

In addition to the Nanadie Well Copper Deposit drilling, a high-powered HT SQUID ground EM survey is planned over the Stark Copper Nickel Prospect (which is located 500 metres east of the deposit) in early May 2017. The EM survey is designed to generate drill targets beneath existing massive copper-nickel sulphides at Stark.

The Geological Survey of South Australia (GSSA) and Geoscience Australia (GA) scientific drilling program announced post the end of the Quarter will provide valuable information about the geology and prospectivity of the Coompana region and will inform our desktop assessments.

ASX:OZL) are assessing Coompana for magmatic nickel - copper deposits, with OZ Minerals having over 6,000km2 of granted tenements in the area and in which, Mithril has a right to earn a 20% interest.

Duffy Well (EL51/1649) is located 30 kilometres east of Meekatharra WA (see Figure 1 in the link below) and covers the interpreted southern extension of the Gnaweeda Greenstone Belt where Doray has intersected high-grade gold mineralisation in RC drilling at the Turnberry Prospect including 3m @ 10.1g/t gold from 149 metres, 5m @ 17.4g/t gold from 71 metres, and 4m @ 17.9g/t gold from 45 metres (Doray ASX Announcement dated 11 June 2015).

Aircore drilling program undertaken by Doray during the December 2016 Quarter to test multiple gold targets returned minor gold anomalism (maximum 0.06ppm gold) and no further work on the targets is planned at this stage.

Auger geochemical sampling undertaken by Chesser during the December 2016 Quarter has defined a new gold target at Kurnalpi.

The prospectivity of the target (which has not been previously drilled) is strengthened by the presence of numerous prospecting pits and dry-blowing scrapes immediately south of the target (and the E28/2506 tenement boundary) within the same east west sequence of mafic and metasedimentary unit.

Chesser plans to carry out a program of geological mapping during the June 2017 Quarter to better understand the significance of the target and determine next steps.

- OZ Minerals to commence discussions with the FWCAC to develop a Native Title Mining Agreement for exploration. 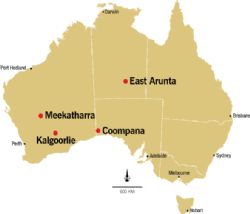 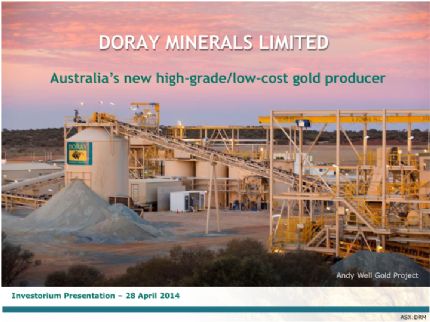 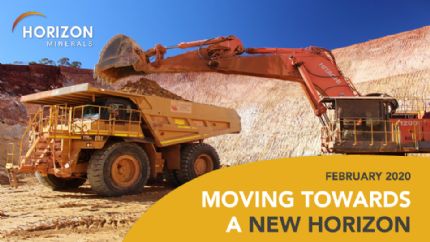