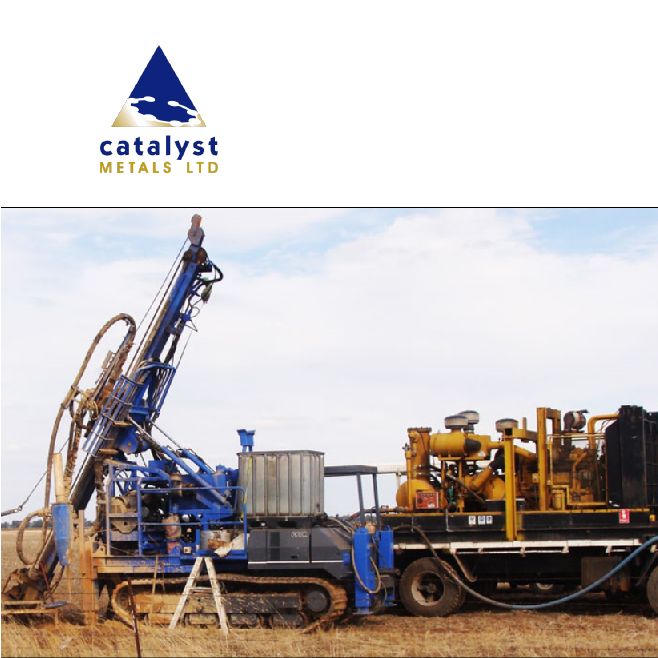 ASX:CYL) advises that a prospectus has been lodged with the Australian Securities and Investments Commission (ASIC) for a proposed capital raising of up to $1.5 million through the issue of 3 million ordinary fully paid shares at an issue price of 50 cents per share.

- Prospectus lodged for a proposed capital raising of up to $1.5 million

Through the prospectus, eligible Catalyst shareholders and other Australian and New Zealand investors will be offered the opportunity to participate in a capital raising up to the same level as the recent placement made to St Barbara Limited (

Funds raised from the placement will be used for future exploration and evaluation activities on Catalyst's mineral tenement interests, including the Four Eagles and Tandarra Gold Projects, the possible investigation of additional resources investment opportunities and for general working capital requirements.

The offer will open on 19 May 2017 and will close on 31 August 2017 (unless extended or closed earlier). Issues of new shares under the prospectus offer will occur progressively during the offer period, currently contemplated to occur in $200,000 tranches based on when applications are received during the offer period, but subject to the ultimate discretion of the Board.

Catalyst Metals Limited (ASX:CYL) is an Australian public company which is listed on the Australian Securities Exchange (Trading code CYL).

Catalyst has established a dominant position in one of the best gold provinces in Australia and controls a strike length of almost 80 kilometres along the Whitelaw Gold Belt north of Bendigo in Victoria. The Whitelaw Fault is believed to be an important factor in the formation of the Bendigo goldfield which was the second largest gold producer in Australia with production of 22 million ounces of gold at a grade of 15 g/t Au. Catalyst controls two virgin gold discoveries at Four Eagles and Tandarra where high gold grades up to 100 g/t Au have been discovered at shallow depths of less than 50 metres. A transaction with Gold Exploration Victoria Pty Ltd (a subsidiary of Hancock Prospecting Pty Ltd) will see up to $4.2 million spent on Four Eagles in coming years as well as co-operation with Catalyst on other gold projects in a large designated area.

Catalyst has a tight capital structure, a strong Board and management and is well placed to increase shareholder value by developing and mining shallow gold deposits using the favourable infrastructure of the area. Six existing gold processing plants lie within 100 kilometres of the tenement areas. 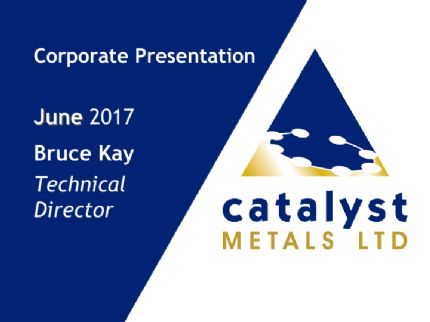