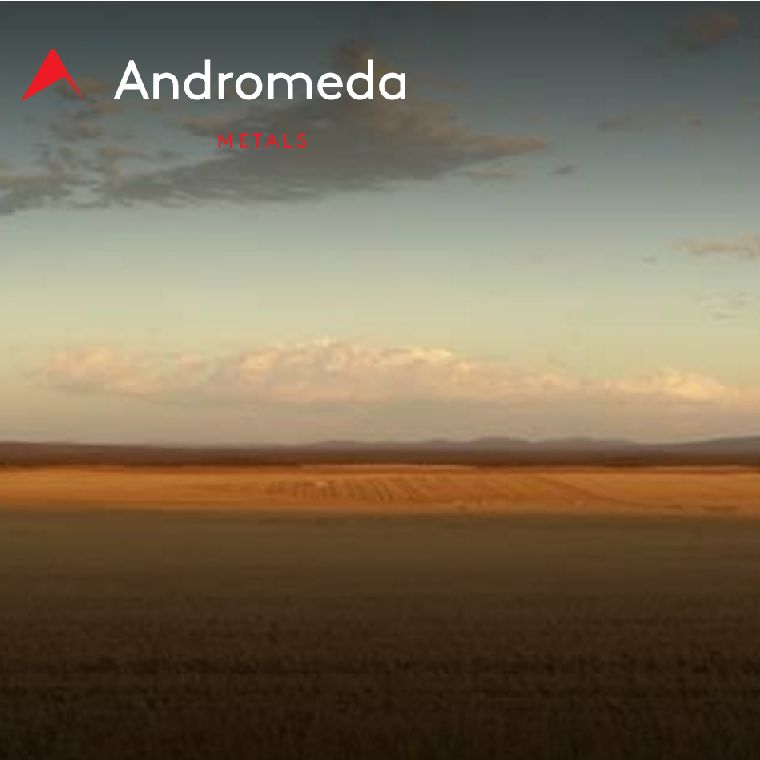 ASX:ADN) is progressing the wholly owned Wudinna Gold Camp, a cluster of gold prospects including Barns, Baggy Green and White Tank, into production.

- Gold recoveries to 99.3% and averaging 98.7% recorded for four metallurgical samples from the Baggy Green deposit, located in the wholly owned Wudinna Gold Camp.

- A minimum 40% of the gold reports to a gravity concentrate, while gravity tails leaching is achieved with only modest reagent additions.

- The Baggy Green results are equivalent to the excellent metallurgical results achieved for the nearby Barns deposit, where high gold recoveries averaging 97.9% were achieved using an identical gravity and cyanide leach flowsheet.

- Together Barns and Baggy Green contribute 95% of the Wudinna Gold Camp's total Mineral Resource of 200,300 ounces, and this work confirms that both deposits can be efficiently treated using a conventional flowsheet in a single processing plant.

- The next logical metallurgical test work for Barns and Baggy Green would involve coarsening the grind size to establish the optimum economic grind-recovery combination.

The Wudinna Gold Camp falls in the Company's Eyre Peninsula Gold Project which comprises seven tenements totalling 2,385 km2 in area on the Gawler Craton of South Australia (see Figure 1 in the link below).

Mineral Resources, estimated in accordance with the requirements of the JORC Code 2012, have been completed for the Barns, Baggy Green and White Tank deposits(see Note 1 below). The consolidated Mineral Resource for the Wudinna Gold Camp is 3.849 million tonnes grading 1.62g/t gold for 200,300 ounces of gold, using a 0.5g/t gold cut-off.

Together Barns (107,000 ounces) and Baggy Green (82,400 ounces) comprise 95% of the total Wudinna Gold Camp Mineral Resource, and these two deposits will be critical to the development of the project.

In early 2017 the Company announced the results of metallurgical testwork on mineralisation from the Barns deposit(see Note 2 below), testing three potential processing options. A combination of gravity concentration and cyanide leaching of the gravity concentrate and tailings gave compelling results, with overall gold recoveries exceeding 97%.

The Barns gravity and cyanide leach results were achieved with low lime (~0.2kg/t) and modest cyanide (~1.0kg/t) additions for the primary mineralisation, presenting a viable conventional flowsheet option for the treatment of all identified Barns ore types.

The Company has now conducted metallurgical testing on gold mineralisation from Baggy Green to determine whether it can be successfully processed using an identical gravity concentration and cyanide leach flowsheet to that indicated for Barns.

- One sample of supergene gold hosted in weathered lower saprolite, and

The testwork was completed by Bureau Veritas Minerals Pty Ltd metallurgical laboratories in Perth, Western Australia, the same laboratory that tested the Barns samples during the earlier study.

Representative sub-samples of each composite were submitted for gold, silver and copper analysis (see Table 1 in the link below).

2kg of each composite was ground in a stainless steel rod mill to a p80 nominally minus 75 microns.

The Mozely Table concentrate was then subjected to 24 hours of intense cyanidation at 10% pulp density with a solution of 2.5% sodium cyanide. The pregnant solution was analysed for gold, silver and copper.

The leach residue was combined with both the Knelson Concentrator and Mozely Table tailings and subjected to 48 hours leaching at 45% pulp density with initial and minimum sodium cyanide solution strength of 500mg/l and 300mg/L respectively. Oxygen was sparged and lime was added to maintain a pH of 10 during the test.

The pulp was filtered and the liquid and solids submitted for gold, silver, and copper analysis to determine metal recoveries.

Excellent gold recoveries are achieved for Baggy Green mineralisation through gravity and cyanide leach with low lime additions (~0.2kg/t for primary ores) and modest cyanide additions (~1.1kg/t for all ores).

The same conclusions were drawn following the identical earlier test work for Barns, and confirmation that a conventional gravity and cyanide leach flowsheet can efficiently deliver exceptional gold recoveries for both deposits is a positive result.

The next logical metallurgical test work to be conducted on the Wudinna Gold Camp deposits would involve coarsening the grind size to establish the optimum economic grind-recovery combination.